Sioux Lookout Council-appointed Boards, Commissions and Committees that had suspended their meetings since March, due to COVID-19, have recently resumed meeting virtually. Municipal Clerk Brian P. MacKinnon shared with The Bulletin, “Given the current public health guidelines respecting in-person gatherings (i.e., 10 people indoors and 25 people outdoors), and also given that Council Meetings are being held “virtually”, now that Council has authorized their resumption, our Boards, Commissions and Committees will also be meeting via Zoom.”

MacKinnon mentioned that each year, a Work Plan is developed and is brought before Council for approval by the Board, Commission or Committee volunteers, along with the support of the staff resource assigned to the particular committee. “This Work Plan outlines the various goals and objectives the Committee hopes to achieve over the upcoming year.” According to the Municipality of Sioux Lookout’s website, Council appoints members to various boards, commissions and committees, mostly in an advisory capacity, to help them make decisions about various aspects of the Municipality. MacKinnon noted that there are some exceptions, “Sioux Lookout Hydro Board of Directors: they deal exclusively with overseeing the Management of the Hydro company; Sioux Lookout Public Library Board: they deal exclusively with overseeing the Management of the Library and its staffing; Sioux Lookout Police Services Board: they deal exclusively with matters, as provided for in the Police Services Act, that deal with the administration of local law enforcement.”

MacKinnon states that following each General Municipal Election, which is held at the beginning of each Term of Council, the municipality advertises and encourages members of the community who are interested in serving on a Council-appointed Board, Commission or Committee, to submit an application. He added, “These applications are brought forward to Council and Council appoints members to serve on its various Boards, Commissions and Committees for the four-year Term of Council. Sometimes throughout the Term of Council, some volunteers resign (for various reasons: they move away, their personal circumstances change and they are no longer able to serve, their personal interests change and they are no longer interested in serving, etc., etc.), and whenever that happens, we advertise to fill the vacancy. Anyone wishing to learn more about how to join a committee should contact me at the Municipality and I can provide them with an Application Form.”

For a complete list of the Council-appointed Boards, Commissions and Committees and to find out more about them, people can visit the Municipality of Sioux Lookout’s website at, https://bit.ly/3mJaxye. 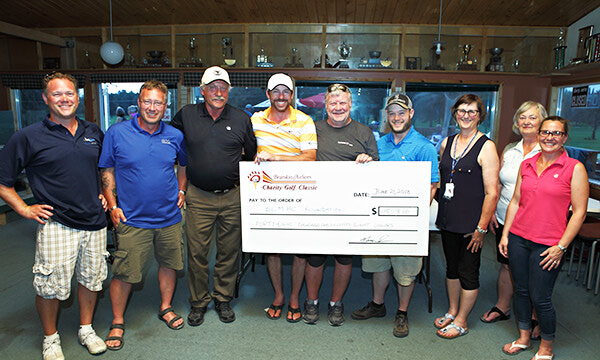 The Foundation provides funds for equipment, staff training and capital building projects to the Sioux Lookout Meno Ya Win.