Sioux Lookout’s 40th annual Blueberry Festival ran from July 29 to August 7 and according to Blueberry Festival Committee President Dori Hopko, this year’s festival was a great success.
“It was very well received by everybody. I went to the majority of the events myself and everything was packed. It was wonderful to see everybody out and about. The opening ceremonies were awesome! Sioux Mountain Music Festival, Bert got to play Mary had a Little Lamb, which was really cool. Everything that I attended was very successful. Bert’s Birthday Party, along with the Firefighter’s Kids Day, was extremely well received. Our Laughing Loggers show was just wonderful. Everybody enjoyed themselves and had a good time. I think it was a wonderful year for a lot of the fundraising groups and organizations to be able to fundraise during that time period,” she said.
Approximately 115 events took place over the 10 days the festival ran.
“I think it went extremely well for the 40th. I’m very pleased and proud of everybody that participated,” Hopko said, adding, “We were very fortunate to have a lot of extra volunteers behind the scenes to help us execute the festival… we had no staff this year, so for a six volunteer board as well as our extras that we were able to pull in to help, if not for them I don’t think we would have been as successful as we were.” 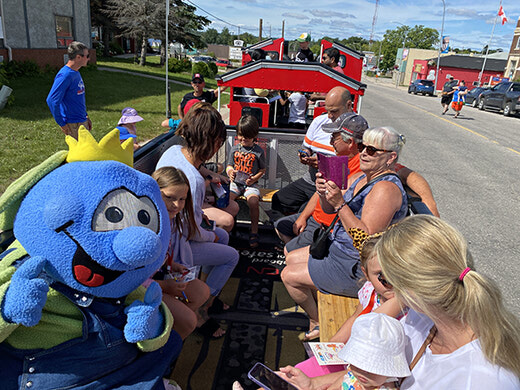