Time to get your garden ready for winter

With cooler temperatures upon us, gardening enthusiasts should be bringing in their harvest, if they have not already, and think about getting things ready for winter.
Ruth Coughlin, who had been president of the Sioux Lookout Horticultural Society for years before it wrapped up last fall, said if plants are hardy, they will survive the winter just fine on their own.
“We get lots of snow anyways, and that’s pretty well guaranteed every year. Snow is insulation, so I don’t worry about anything that’s hardy, really,” she said.
“If you have stuff that’s really not hardy, you’re going to have to cover it, or mulch it, or put leaves on top of it to help protect it or wrap it in burlap,” Coughlin added.
Fall is a great time, she said, to cut down plants that are damaged or dying.
“Garlic gets planted in the fall. If anybody is growing garlic, they should be thinking about planting it now,” she said.
If people have planted new saplings or bushes this year, Coughlin said they should be well watered right until freeze up.
If people still have not harvested vegetables which grow underground such as carrots and potatoes, Coughlin said they should be harvesting soon.
“I’ve always gone by try to have everything done by Thanksgiving Weekend,” she concluded.
Local residents seeking gardening advice can also turn to Sioux Lookout Gardening Enthusiasts on Facebook. 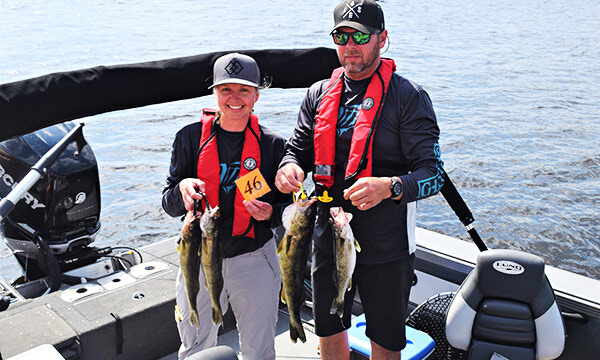 Preparing for fishing and hunting this autumn

As the nights get cooler, the days get shorter and the leaves change color, it is also time to make some considerations to your hunting and fishing routines. Hunting is a season-specific activity. It is important for the people...