Supporting the Hindy family
Sioux Lookout Lions Club member Caroline McIntyre (right) presents Judie Hindy with a cheque for $500, part of the proceeds raised by the club at a Twonie Family Day event and all the proceeds raised through a giant freezie sale held during the Sioux Mountain Music Festival. Both events were held during this year’s Blueberry Festival.
The funds were raised in support of Hindy’s grandson, Jackson Hindy, who is battling a rare type of cancer. 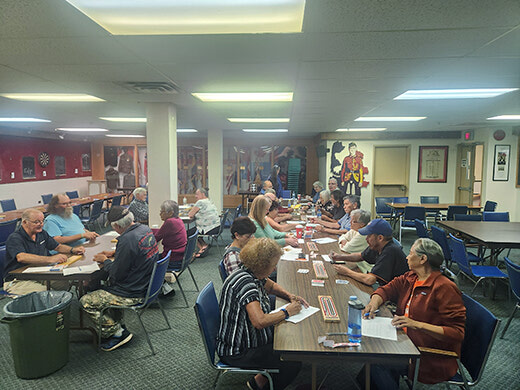 The Royal Canadian Legion Branch 78 hosted a cribbage tournament on September 10 with what event organizers said was an amazing turnout...