Sioux North High School (SNHS) athletes were recognized for their achievements this past sports season at the school’s Athletic Awards Banquet on June 16.
SNHS Athletic Director Janine Lavoie said it was fantastic to be able to hold the event again after a two-year hiatus due to the COVID-19 pandemic.
Looking back on this past sports season she shared, “It was a great season. We started off with a very restricted season, exhibition only, very small group of teams. We progressed from that. We were shut down in the winter season for a little while. Coming back as a league, we decided we wanted to have championships for our winter sports season, so we pushed back our spring season start, knowing full well that we wouldn’t be participating in NWOSSA or OFSAA this year… keeping a focus on local allowed us to put some nice, authentic championships together for the athletes through the winter and have a full spring season.”
Reflecting back, Lavoie said it was wonderful when the school was finally able to let students’ biggest fans, family and community members, back into the building to cheer them on.
“COVID set everybody on high alert, but hands down, having those fans in the stands cheering the kids on, having that support and that energy in the gym, we all missed it and we were so happy to bring that back for the last half of the winter season,” she said.
Jim Bailey, who graduated the previous year and came back for a fifth year this past season, said of his fellow athletes, “Every athlete here worked so hard this year and saw so much improvement.”
Bailey, who was named the Senior Boys Athlete of the Year, said sports mean the world to him, “It brings everyone together, you meet so many people, you make friendships, rivals, sports trips and so much fun.”
Kailey Barnes, who graduated this year, said she was quite surprised to be named Senior Girls Athlete of the Year, as well as a recipient of the Colin Hood Award, among other awards she received during the evening.
Asked her thoughts on the sports season past, she shared, “I think it went really well. We had lots of great athletes.”
This was the final season for Bailey and Barnes, who both said they made many great memories as Warriors.
Another award of note presented during the evening went to Ava Hoppe, who, in addition to receiving a Connected North Digital Inclusion Grant, was selected to receive The Larry and Judy Tanenbaum Family Legends of Hockey Scholars Fund scholarship, which includes a cheque for $500 and she will have her name listed in the Hockey Hall of Fame as a recipient of this honour.
Looking ahead to next season, Lavoie said, “Fingers crossed, but pending no further public health disasters or any changes, we are full steam ahead regular season with NorWOSSA, moving on to NWOSSA and OFSAA championships.” 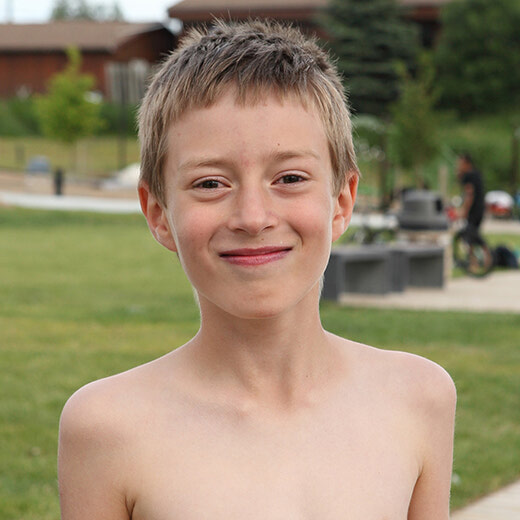 Question of the week: Ice cream is a tasty treat to beat the summer heat. What is your favourite flavour?
Tuesday, July 12, 2022
0 comments