The Sioux Mountain Music Festival was back to performing in front of a live audience this year and people packed the Town Beach on August 7 to listen to this year’s lineup of performers.
Sponsored by the Nishnawbe-Gamik Friendship Centre, this year’s performers were Daniel Fraser (who also MC’d the event), Serena Saudino, Skin and Bones, Rico Belmore, FMJ, Turtle Rock, True North, Mike McCarl, Patty Everson, Carol Wood, Kathy Brunton and Gerri Trimble, Michelle Carter, Classic Humans, Nick Sherman, and Hot Mess. Even Blueberry Festival mascot Blueberry Bert performed in the music festival, playing Mary Had a Little Lamb.
Tommy Kuzemczak is the coordinator of the Sioux Mountain Music Festival as well as the coordinator of the Nishnawbe-Gamik Friendship Centre’s Sioux Lookout Multi-Cultural Youth Music Program, of which five of this year’s performers are a part of.
“It was absolutely beautiful to hold the Sioux Mountain Music Festival at the Town Beach. We couldn’t have asked for a nicer day in the setting of the upgraded beach,” he said.
“It was an incredible experience to be on the beach with the new stage,” he added. “In the evening, to be standing on the stage looking out at all of the lighted areas of the beach was simply breathtaking. We have a really beautiful beach in Sioux Lookout.”
Kuzemczak said he had a lot of help with the festival, “Starting with multiple meetings with the Executive Director of the Friendship Centre, Jennifer Thomas, as we had to iron things out for the festival. Our team worked really hard to ensure the festival was a success. The music performances went very smoothly, and the Friendship Centre provided a BBQ and games for kids. It was a really fun day!”
“Everybody from the Multi-Cultural Youth Music Program played at their absolute best and we had a lot of fun preparing for the event.  Due to Covid-19 in the winter and the spring the music program was only operating lessons online. To prepare for the festival, the music program had the bands and solo performers that wanted to play the festival back into the centre starting the first week of July.  As we all know, Covid-19 is still here so the music program ensured that we followed all Covid-19 protocols in the centre.  The students only had five weeks to rehearse but they did an amazing job,” Kuzemczak said.
For the past two years, the music festival has been held online.
Hot Mess singer McKenna Murphy said it was great be back playing in front of a live audience during this year’s music festival, “It was a lot of fun. Performing on the new stage was really awesome.”
She reiterated, “It was really good to play, again, for the music festival. It was great to be back and see everyone’s faces again. It was really good.”
Thunder Bay based singer/songwriter Nick Sherman, who grew up in Sioux Lookout, said of playing in this year’s music festival, “I had such a great time at this year’s music festival. After the last two years it was good to see everyone being able to gather again and enjoy a day of music together. I really enjoyed all the local acts and was really impressed with all of the talent. And I appreciate all the work that went into making the day a success. Looking forward to next year!”
People can check out a full video of this year’s Sioux Mountain Music Festival on the Nishnawbe-Gamik Friendship Centre’s YouTube page at https://www.youtube.com/watch?v=MyO20aFy9_w.
“If there are any youth that would like to join the music program, they can contact me via email at [email protected] or contact me via Facebook (Tommy Kuzemczak Facebook page.)  The fall term starts in September so any interested youth and/or parents should contact me before September,” Kuzemczak concluded. 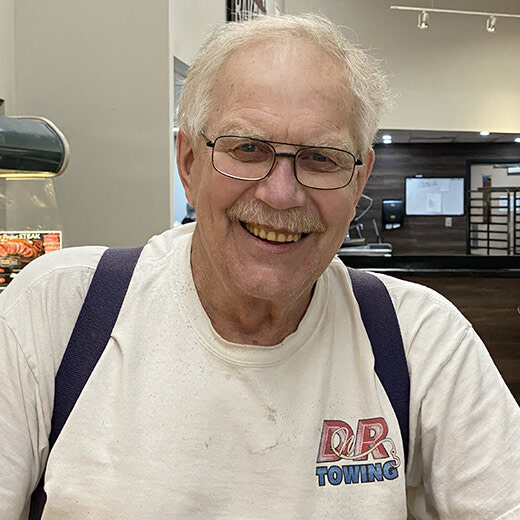 Question of the week: Summer is BBQ season. What is your favourite food to put on the grill?
Tuesday, August 16, 2022
0 comments