Investigators of the Sioux Lookout Detachment of the Ontario Provincial Police (OPP), under the direction of the OPP Criminal Investigation Branch, are continuing their efforts to locate a missing 31-year-old woman and are asking for the community’s help.
On November 14, Sioux Lookout OPP received a report of a missing person.
Police say Larhonda Miranda Shingebis was last seen in the Municipality of Sioux Lookout on the afternoon of November 5 in the area of Sturgeon River Road in Sioux Lookout.
She is described as Indigenous, 5’5”, approximately 160 pounds, with a medium build and dark hair that is usually kept in a bun. She was last seen wearing a grey hooded sweatshirt, black pants and black & white shoes. She was carrying a small black backpack with white writing on it.
Police are asking residents of Sioux Lookout and the surrounding communities to check their property, outbuildings, and sheds for any sign of Shingebis.
Anyone with information is strongly urged to contact the OPP at 1-888-310-1122. Should people wish to remain anonymous, they may call Crime Stoppers at 1-800-222-8477 (TIPS) or access their website at: ontariocrimestoppers.ca.
Editor’s Note: This information was accurate as of the time this article was sent to print on the afternoon of Nov. 21. 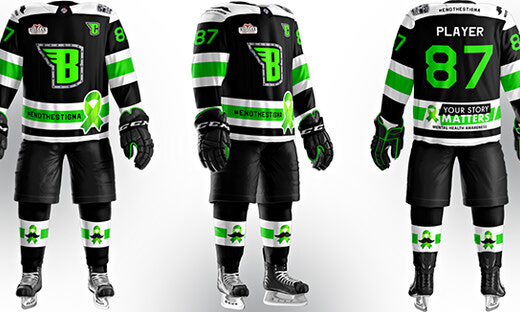 Mental health awareness will be in the spotlight on Nov. 30 when the Sioux Lookout Bombers take on the visiting Thunder Bay North Stars at the Hangar (Sioux Lookout Memorial Arena)...