Rotary’s End of Winter contest back for another year

It’s that time of year again. The Rotary Club of Sioux Lookout’s End of Winter contest is underway and people are encouraged to predict when the club’s barrel will sink through the ice of Pelican Lake.
With the club’s barrel situated on Pelican Lake between the Town Beach and the Iron Bridge, guessing when the barrel will go through the ice has been a spring tradition since 2014. The contest was first proposed to the Rotary Club of Sioux Lookout by Rotarian Dick MacKenzie. The contest has been a springtime fundraiser for the club ever since. As MacKenzie explained, the idea for the contest came from his time living in Alaska.
“When I was younger,” MacKenzie recalled, “I lived in Alaska for a while. There is a big draw there on the Tanana River to see when the ice would go out. It would get hundreds and thousands of ticket buyers from across the US, and Canada too. That one always came to mind, and I thought if we could have something like that it would be fun for us and fun for the community and also raise some money. I think our grand prize (50 percent of total ticket sales) has run around $1,200 to $1,400. For small town enterprise it’s done pretty well.” Looking back at previous years, MacKenzie notes that the latest barrel sinking date was May 11 in 2014 and the earliest was on April 10, just last year.
The actual time of the barrel’s sinking is registered by a clock which is attached to the barrel. As soon as the barrel sinks, the clock stops, and the time can be recorded.
MacKenzie says tickets should be available for purchase in the coming days with a price of $5 per ticket or five for $20. Ticket sales will end on April 25, or sooner if the barrel sinks before that date. Tickets will be available from Rotary members.
People can visit www.Endofwinter.ca for more information on the End of Winter contest, or to view the live webcam of the barrel. 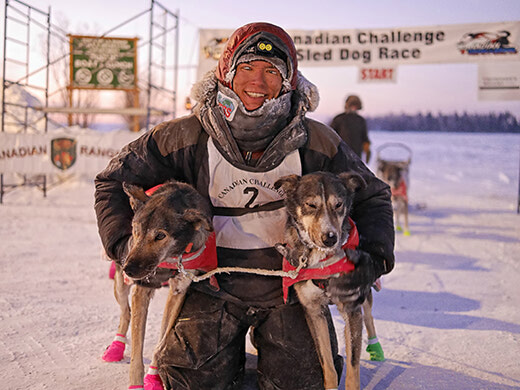 For Jesse Terry, an Anishinaabe man from Sioux Lookout and a member of the Lac Seul First Nation, this past sled dog racing season holds many treasured memories, including winning his first sled dog race...