Pikangikum First Nation has become the first community to be connected to the provincial power grid through the Wataynikaneyap Power project.

The historic moment took place on Dec. 20 and was marked by the lighting of a community Christmas tree.

“Today marks a significant milestone for Pikangikum and Wataynikaneyap Power,” stated Kenora MP Bob Nault, who was in the community to mark the historic connection. “The community will finally be connected to the provincial electrical grid which will eliminate their reliance on diesel. This is not only more cost-effective for the community, but also more environmentally friendly.”

“We are very happy that the project was completed so quickly. This investment for our First Nation supports significant improvements to the quality of life of members and to the environment. We will now have clean, safe and reliable energy that will have a positive impact on the health and well-being of everyone that lives here,” commented Pikangikum First Nation Chief Dean Owen.

A news release issued by Indigenous Services Canada informed, “In March 2018, the federal government announced a $1.6 billion investment in Wataynikaneyap Power, an Indigenous-led and majority owned Transmission Company working to connect First Nations communities to the Ontario power grid by 2023… The Pikangikum transmission line represents a $60.2 million federal investment, as part of the total federal investment of $1.6 billion in the Wataynikaneyap Power project.”

“Our elders signed the treaty to share in the benefits of any major development that occurs in the homelands. Our people are leading the pathway by owning major infrastructure with a vision of bringing light to our communities. We celebrate with Pikangikum this remarkable achievement. Today, the line that brings light shines in Pikangikum and brings us one step closer to energizing across the North and realizing the hopes of our people and future generations,” stated Wataynikaneyap Power LP CEO Margaret Kenequanash.

Minister of Indigenous Services Jane Philpott said, “Today marks a historic milestone as Pikangikum becomes the first community to be connected to Ontario’s power grid through the Wataynikaneyap Power project. The completion of the Pikangikum transmission line eliminates the community’s dependence on diesel fuel, opening the way to new economic and job opportunities powered by safe, clean and reliable energy. We are proud to partner with Pikangikum and Wataynikaneyap Power on this Indigenous-led project, and we look forward to celebrating the connections of many more First Nations communities to the provincial power grid by 2023.”

Kiiwetinoong MPP Sol Mamakwa was also in the community for the historic connection.

“Without access to power, houses to accommodate a growing population could not be built, and water and sewage infrastructure did not exist,” said Mamakwa. “There will be no more brown outs, black outs and people being forced to live in the dark.”

Mamakwa informed that the community of approximately 3000 people was full of excitement.

“I’m going to celebrate by putting up Christmas lights around our house,” said Pikangikum resident Viola Pascal. “We haven’t done that in a long time.”

“Turning on the lights in Pikangikum is a first step towards bringing a better quality of life to all residents in the community and, critically, to the Elders, and children and youth,” Mamakwa stated.

Mamakwa said that he hopes this will be the first of many successes for Wataynikaneyap in connecting remote First Nations communities in the Far North to electricity.

"I'm proud of the role the Ontario government has played in helping to connect Pikangikum First Nation to the provincial electricity grid," said Greg Rickford, Minister of Energy, Northern Development and Mines and Minister of Indigenous Affairs. "Access to reliable, clean and affordable electricity will pave the way for Pikangikum to connect to greater opportunities - for economic growth, job creation, and community development."

"This transformational project is expected to provide more than 14,000 people living in remote First Nation communities in northwestern Ontario with a reliable, clean supply of electricity," Rickford said. "It's also bringing something even more significant - the promise of a brighter future."

Nishnawbe Aski Nation (NAN) Grand Chief Alvin Fiddler commented, “This is an enormous achievement and I congratulate Chief Dean Owen and Council for their years of effort to secure a connection to the provincial electricity grid. A reliable power source will finally end Pikangikum's reliance on diesel generation and help the community advance plans for growth and development."

Fiddler added, “We also congratulate Wataynikaneyap Power for their work to connect 17 First Nations to the provincial electricity grid through the first phase of this project. Connecting our remote communities to the provincial grid is better for the environment and will help improve the lives of our members."

“Turning on the lights in Pikangikum today represents more than just an electrical connection,” concluded Nault. “It means greater economic opportunities for the community and its residents, including critical community infrastructure and better access to programs and services. I would like to congratulate Chief Dean Owen and council, as well as Margaret Kenequanash and the team at Watay Power for a job well done and what will certainly be a very bright future.”

Wataynikaneyap Power is a licenced transmission company equally owned by 22 First Nations (51%) who partnered with Fortis (49%), an experienced industry leader. The goal is an eventual 100% ownership by First Nations.

Construction on this project began in October 2017 and the first pole in the power line for Pikangikum was installed on February 15, 2018.

In Ontario, 25 remote First Nations rely on diesel generation as their sole source of electricity. 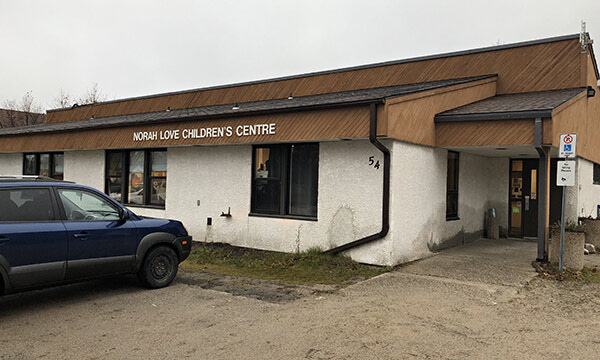