Patricia Ningewance appointed Member of the Order of Canada

Patricia Ningewance, who was born and raised in Lac Seul First Nation (now living in Winnipeg), has been appointed a Member of the Order of Canada, “For her contributions to the vitality of Indigenous languages as an Anishinaabemowin teacher, author and publisher.”
The Order of Canada is one of Canada’s highest honours, recognizing people who have made extraordinary and sustained contributions to our country.
“I was surprised and felt honoured by the news. It has given me the opportunity to talk about the revitalization of my language,” Ningewance shared in an emailed statement.
“I’ve published 14 books altogether under the company name Mazinaate. They are all to do with Ojibwe language, and teaching. The Pocket Ojibwe has been translated into Ojicree, Cree, Plains Cree, Dene and Inuktitut. The latest are the “Ojibwe Thesaurus” and “Reclaiming Our Territory Word by Word”. It’s a book written in English meant for fluent speakers to teach their relatives and friends and not have to write it or know grammar. It’s a book of lesson plans.,” she shared.
One of Ningewance’s books, “Talking Gookom’s Language”, an Ojibwe language textbook, is dedicated to her grandmother Margaret Ningewance, a major inspiration in her life, who lived with her growing up and used to play word games and riddles with her grandchildren in Ojibwe.
“She spoke English fluently but never in our home. I asked her once why she didn’t speak English to us at home and she said, “We’re not English people. We’re Anishinaabeg (Indigenous).” That statement remained with me all my life. I remember the language games she played with us. She passed away when she was 83.”
“I spent one horrible year in residential school at Pelican. After that I went Hudson Public School, living with my family,” she recounted, adding, “I moved to Sault Ste. Marie to attend one year at Shingwauk Residential School. Then I went to high school there. Korah Collegiate.” Ningewance commented, “Upon graduation, I moved to Sioux Lookout where I was the first editor of Wawatay News. Later, I worked for their TV production unit, producing shows and translating documentaries that were aired on TV Ontario. I also cohosted a CBQ Ojibwe language show with Ruth Corbett. I did a language survey of 23 northern reserves. I wrote a northern Ojibwe dictionary for NNEC (Northern Nishnawbe Education Council). Then I moved to Winnipeg where I continued my language work. I organized and hosted a successful international language conference in Toronto to find a common writing system for the Ojibwe nation. I’ve been teaching for the University of Manitoba as a sessional instructor and now as a permanent Assistant Professor on the Faculty of Indigenous Studies. I continue on many fronts to further the Ojibwe language.”
She began Mazinaate publishing 20 years ago. “I’m proud of its success. The other thing I’m proud of is having taught my grandson Aandeg Muldrew to speak Ojibwe and to teach it at universities. I wasn’t able to teach my son Maeengan Linklater but he’s still done very well for himself as the Director of the Dakota Ojibwe Tribal Council.”
Ningewance was nominated for the Order of Canada by Fiona Muldrew, who works for her publishing company.”
After years of working to preserve and revitalize the Ojibwe language, and teachings Ningewance shared, “I’m most worried now about the way my generation has not passed on our languages in northwestern Ontario to our families. People my age, that is. I include myself in that situation. I didn’t pass my language to my son and I regret that. It was a Block in my throat. I now think it was due to the historical trauma that my generation suffered in residential school and the shame afterwards. I’m organizing a conference just for Manitoba next fall on that subject - The BIock, I hope that we will tackle the subject, and discuss solutions on how we can move past it. All the work being done on language programs will not work unless we can move past The Block, as I call it.” 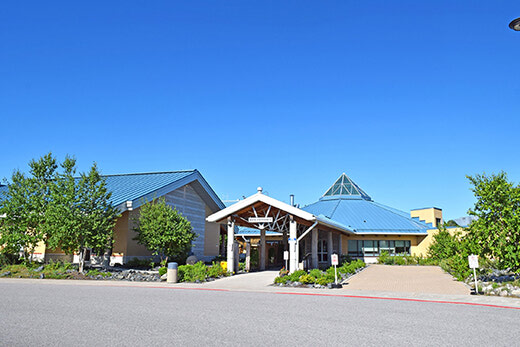