Ontario Secondary School Teachers’ Federation (OSSTF/FEESO) President Karen Littlewood visited Sioux Lookout on May 27 to announce the endorsement of NDP candidates JoAnne Formanek Gustafson, Kenora-Rainy River; and Sol Mamakwa, incumbent, Kiiwetinoong, in the June 2nd provincial election.
Littlewood was joined by representatives from the OSSTF provincial office in Toronto, as well as local OSSTF members in making the endorsement.
“We are excited to finish the OSSTF/FEESO Presidential Tour here in Sioux Lookout to endorse two incredible NDP candidates in the upcoming provincial election,” Littlewood stated.
“Thank you kindly to OSSTF/FEESO, I am honoured to receive this endorsement. Every child in Sioux Lookout and Ontario deserves the chance to reach their full potential and this will only happen through investing in our publicly funded education system,”  Mamakwa stated.
“As an educator, I am deeply honoured to be endorsed by the Ontario Secondary School Teacher’s Federation today. In this election, we have a chance to say we will no longer accept cuts to our precious public education system. Our world-class public education system deserves to be protected and invested in, not undermined for profit,” Formanek Gustafson stated.
Littlewood explained, “We developed a platform. Because we work in education, we know what’s needed in education. We shared it with all of the parties last year. We met with the Greens, Liberals, NDP, Conservatives declined the opportunity, and then as candidates were announced, our local leaders met with them, interviewed them, asked them about our platform, shared the platform with them, and so those candidates that we’re endorsing are the candidates across the province who will support our platform, who will support us in public education.” 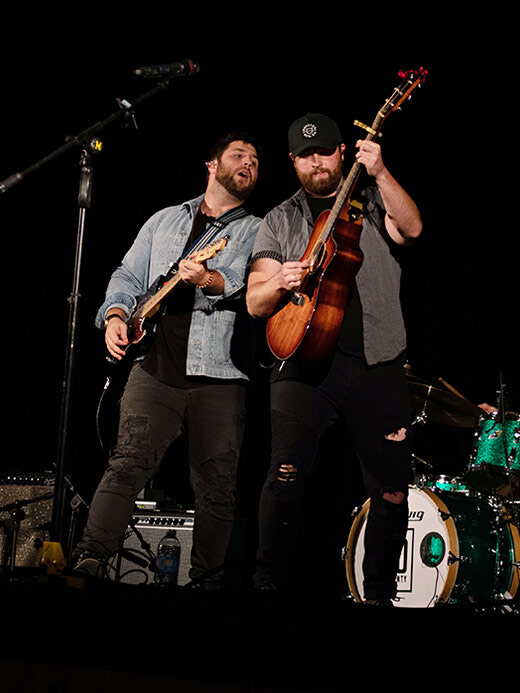 And it's a wrap. Another season of the Sioux-Hudson Entertainment Series (SHES) has come and gone, after the final performance of the season by country duo Buck Twenty on May 25...