The Northwestern Health Unit (NWHU) is advising that following testing, a potential blue-green algae bloom recently reported on Pelican Lake is now not considered an algae bloom.
However, a bloom reported on Minnitaki Lake near Sioux Lookout, was confirmed to be a blue-green algae bloom on July 21.
A newly reported bloom at Kirk Lake near Sioux Lookout is being investigated by the Ministry of Environment, Conservation and Parks (MECP) to see if it is blue-green algae.
NWHU shared in a July 22 media release that, “At this time, the results are not known, and Northwestern Health Unit (NWHU) asks that people treat it as though it is blue-green algae.”
NWHU explained in a July 22 media released, “Blue-green algae are microscopic organisms that are naturally present in lakes and streams. They are usually present in low numbers but can rapidly increase in certain conditions to form a large mass or scum, called a bloom. Some blue-green algae produce toxins that can pose a health risk to people and animals when they are exposed to them in large amounts.”
NWHU further advised, “When blue-green algae blooms are present, it is important to avoid drinking the water, swimming in it, and using it for bathing or other household purposes. Residential water treatment systems may not remove toxins and should not be relied on during a bloom event. Do not boil the water, as this can cause an increase in toxin levels. Municipally treated water supplies can be used normally unless you are notified otherwise.
“People and pets should avoid contact with water that has been recently impacted by a blue green algae bloom, is discoloured or has scum on the surface. If contact does occur, wash with soap and water or rinse thoroughly with clean water to remove algae.”
NWHU said it is recommended to wait at least two weeks after the bloom has disappeared before resuming the normal use of lake waters.
Anyone who spots an algae bloom can report it to the Spills Action Centre at 1-866-MOETIPS
(6638477).
For more information on blue-green algae blooms, people are asked to follow the links below:
•    Information about Blue-Green Algae – Ministry of Environment
•    https://www2.nwhu.on.ca/our-services/safe-drinking-water/reported-blue-green-algae-blooms/
Anyone with questions is asked to contact the Northwestern Health Unit at 1-800-830-5978 to speak with a public health inspector. 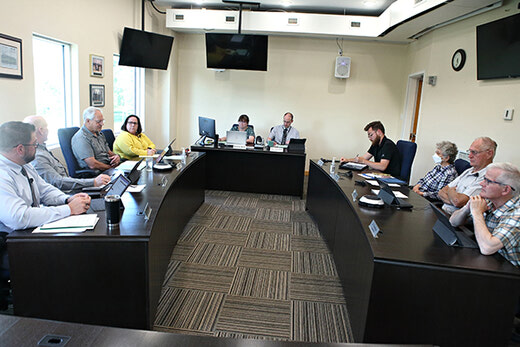