Council authorized the purchase of a multi-use tractor with brushing attachment from Mazergroup Winnipeg in the amount of two hundred two thousand, three hundred thirty eight dollars plus HST. ($202,338.00 + HST). The multi-use tractor will be used for maintenance of the Obstacle Limitation Surfaces in the runway strip at the Sioux Lookout Airport.

Council voted to receive the Police Cost Coalition and the Municipal/Police Services Board Approaches to Reduced Calls for Service and Policing Costs report for information.
Municipal CAO Michelle Larose shared in her written report to council, “For many years, the Municipality has advocated for lower policing costs with the Province. This is evidenced by numerous delegations with the Solicitor General at the Association of Municipalities of Ontario (AMO) and the Rural Ontario Municipal Association (ROMA) conferences as well as correspondence to the Province.
“In January of 2022, Council approved engaging The Fixers, a communications and government relations firm to assist the Municipality in obtaining long-term sustainable policing costs.
“Once The Fixers were engaged, it was decided to form a Coalition comprised of the municipalities of Kenora, Pickle Lake and Sioux Lookout as we share similar issues being extreme outliers for calls for service costs that are much higher than the average municipality in Ontario.
“A pre-election strategy was done to engage the local candidates and political party leaders to support our efforts for reduced policing costs. Coalition members also meet with community stakeholders to inform them of our activities to date so they understand what the Coalition is working towards and to garner support.
“Following the Provincial election, Michael Kerzner was appointed as the new Solicitor General. A letter has been sent to Solicitor General Kerzner to congratulate him on his recent win, appointment to the office of Solicitor General and to request an in person meeting with the Coalition.”
Larose went on to state in her written report that, “In conjunction to the Coalitions activities, the Municipality and the Sioux Lookout Police Services Board is looking at approaches to reduce calls for Service and Policing Costs. At present, 330 of the 444 municipalities in Ontario contract the Ontario Provincial Police for their policing services. Of the 330 municipalities, Sioux Lookout ranks in the top three categories for the following:

Larose noted in her report that, “Alcohol is either directly or indirectly involved in approximately 90% of the CFS in Sioux Lookout.”
Larose’s report goes over factors driving Sioux Lookout’s policing statistics, challenges that drive Sioux Lookout’s calls for service up, and opportunities identified for change.
The full report can be viewed at https://bit.ly/3b5do4A, starting on page 75.

Council authorized the passing of By-law No. 46-22, Being a Bylaw to Authorize and Direct the Mayor and the Clerk to Execute a Contribution Agreement Between The Corporation of the Municipality of Sioux Lookout and the Federation of Canadian Municipalities (FCM), towards the Asset Management System and Data Updates.
The passing of this bylaw will allow the Municipality to accept $50,000 from FCM to be put towards Asset Management System and Data Updates.

Council authorized the passing of By-law No. 47-22, Being a Bylaw to Set the Remuneration to be Paid to Members of Council, and to Rescind By-law No. 86-18.
MacKinnon shared in his written report to council, “The Remuneration By-law sets out the amount to be paid to Members, and provides for an annual economic adjustment, namely, a cost-of-living increase, based on the deviation in the Canadian (national) Consumer Price Index (CPI) from October to October of each year. This is the same formula used to determine Management and Non-Union/Non-Management annual cost-of-living adjustments, as provided for in Policy No. 3-05, Salary and Classification Schedules (Sec. 4.1 (b)).

Updates to Boards and Committees’ membership 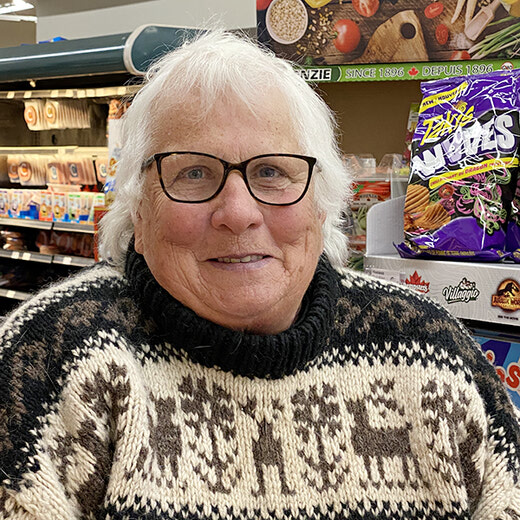 Question of the week: What are you looking forward to during this year’s Blueberry Festival?
Tuesday, July 26, 2022
0 comments