Preparations are underway for the Northern Lights Community Theatre’s (NLCT) next performance, “Welfarewell”, a dramatic comedy by Cat Delaney, which will take place May 3, 4, and 5 at the Sioux North High School Cafetorium. Tickets will go on sale approximately a month ahead of the performance.
Speaking at a practice for the performance last week, Director Kym Caldwell shared, “We’re pretty excited to be coming back after COVID with our next production. We’re going back to traditional theatre with a larger cast (16 cast members at this point). I’m pretty excited about that. We have a lot of people here doing a lot of roles, but we’re still looking for some backstage people. This is a large cast and it involves a lot of different props and things. We’re looking for some carpenters and we’re looking for backstage people,” she said.
“We can always use other people who may want to be on stage doing stand in roles. We will be looking for understudies as well, as the show always has to go on,” she added.
Anyone interested can contact the board of directors at [email protected]
Speaking to the performance, Caldwell said, “It’ a little bit of a dark comedy where an aging actress, who is a pensioner, is not quite able to make things work… she is trying to rob a bank so she can go to jail and have everything taken care of for her.”
Caldwell said it is nice to be coming back after COVID with a larger production, “Our last production we were halfway through in March 2020 when everything shut down. So rather than bring that up, of course theatre people, we’re a little bit superstitious, so we put that one aside and started fresh again and we also thought, because we were starting fresh, we could bring in a really big show with lots of different people. This year our theatre company, we’re trying to go bigger and bolder and get more people involved so that they can spread the love of theatre throughout the community. We have a lot of people in our community who love theatre, love going to it, love being part of it and we want to honour that.”
She continued, “We have a lot of seasoned actors who have been in past productions like George (Hoggarth) and Anita Webster, and Anita Bruins-Burke, but we also have quite a few new people trying it out for the first time and we’re excited to see that.”
Asked what people can expect from the production, Caldwell said, “I think they can expect a lot of laughs. They can expect to be entertained in the new space. They can expect the high quality of theatre that the Northern Lights Community Theatre has a reputation for providing on a very limited budget. We do it all with the love of the community and the support of the community and we thank this community and everyone for the support that we’ve had so far.”
Ashely Edwards has taken on the role of lead character Esmerelda Quipp, 80 years of age.
She was cast member of the NLCT’s production “Jack of Diamonds” in 2019.
“I really enjoyed my last experience in the play and when I saw auditions coming out, I thought, “I’m going to try out again.” I had so much fun. My last character had narcolepsy, so she didn’t really talk a lot. She just slept, so I wanted to try a role that actually got to try some lines and try a new role and I’m excited.”
Edwards said she is already loving the character Quipp’s flamboyant personality.
What she hopes audience members take away from the performance is, “Laughter and fun. I just hope everybody comes and has a great time and we can put a smile on their face.”
Anita Webster, NLCT Board Vice-Chair, is the producer of the production.
“It was thrilling to find out that we had so many people coming out, seeing so many new faces that maybe have not been a part of our productions in the past,” she said of the large cast for the upcoming production.
Asked what made this production stand out to her and the Board, she replied, “That it was a comedy… just a good time to be had by all. We figured coming out of COVID and such, people just needed to laugh.” 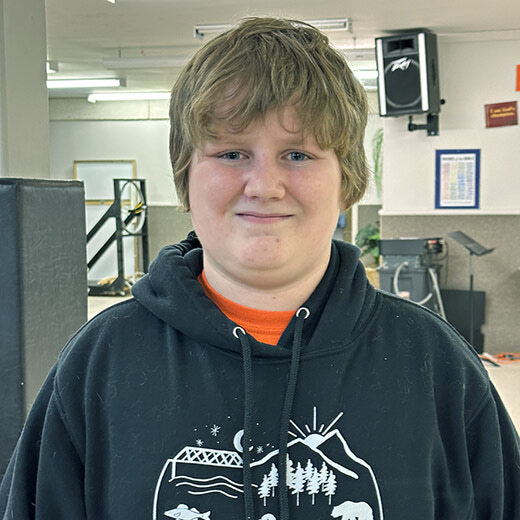 Question of the week: What do you enjoy about winter?
Tuesday, January 17, 2023
0 comments