The Northern Lights Community Theatre (NLCT) held their first Annual General Meeting (AGM) since the onset of the COVID-19 pandemic on June 2, and if you ask Liz Ward, Chair of the Northern Lights Community Theatre Board, it was a long time coming.
Ward commented, “We got to do our AGM in person finally, which was kind of exciting. There were about 14 members there, and it was just the fact that we could be there together in person, and actually talk about picking a play for production next May... it was great.”
Ward noted, “The community theatre has actually been around for a number of years. Our first production was back in 2012, and in the beginning, with the volunteers they had, they were actually able to have two productions a year for the first couple of years. It’s difficult because we live in a community with limited volunteers, so we went to once a year having a large production, usually that was held in the spring.”
As Ward went on to explain, NLCT was prepping for their 2020 season when the COVID-19 pandemic put the brakes on everything, commenting, “We had just finished our last production, called Jack of Diamonds. Generally, in the fall or late summer, we would sit down and decide what production we wanted to do for the next year. We had done all that in 2019, we had a production in mind, we had a director lined up, we had our cast picked. We had even met in January to do script read throughs, but there was already news coming out about Coronavirus, then by March it was declared a pandemic, and everybody went into lockdown.”
With live productions out of the question, NLCT continued to work behind the scenes, fine tuning their bylaws and continuing to meet as a board via Zoom.
Ward continued, “In 2021, restrictions were starting to lift, and we were going to have a Blueberry Festival with events, so we decided to do something with the Blueberry Festival. We called it Theatre in the Park. We brought out a bunch of costumes, all of our old storyboards... it was just a fun afternoon with families coming out with kids, trying on costumes, it was a wonderful event. Of course, fall last year wasn’t looking too great again so we thought we would wait one more year. We continued working behind the scenes on things, keeping in touch with cast and crew as we went. And that brings us to where we are.”
Currently NLCT is hoping to add some volunteers, with Ward noting, “We are trying to get more board members right now. We actually have had the current five members (Ward, Mary MacKenzie, Alana Procyk, Sandra Lockhart and Anita Webster) for the last couple of years, but we did get two new members join last night so we are looking forward to working with them. We could obviously use a couple more people who want to learn or be part of it behind the scenes. There’s lots of jobs that need to get done and the more people that come together the smoother it always goes.”
Ward added that interested individuals are welcome to contact her for more information on how they can become involved with NLCT by calling 739-3312. There is also a Facebook page at https://www.facebook.com/groups/nlctheatre which will have updates on NLCT as they become available.
Ward concluded, “I would just encourage everyone to come out and be involved in some way. If being on stage isn’t your thing that’s okay. We need people of all abilities, skills, talents. So, if you’re looking for something fun to do, we just welcome everybody to come out. Having a community theatre is important. It’s a really fun way for people to kind of come out of their shell. Especially with just getting over the COVID pandemic, I felt like we all kind of forgot how to interact with people. Community theatre kind of pushes you out of your comfort zone a little bit, and I think we really could use that. It appeals to a large array of people of all ages. I think it’s just a great thing to have and its a great way to meet different people.” 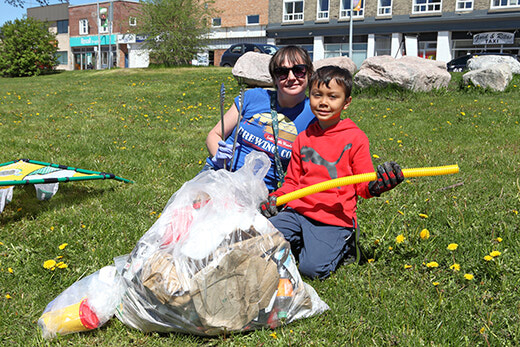 Elevate NWO and the Northwestern Health Unit (NWHU) partnered on June 4 to host the 2nd annual Community Cares Clean Up in Sioux Lookout...