No injuries after ceiling collapses at local business

Red Apple ULC has confirmed there were no injuries after a section of the ceiling at its Front Street store in Sioux Lookout collapsed in the late afternoon of March 3.
Red Apple ULC representative Jill Jennings shared that the company is, “very thankful that no Customers or any of our Associates were injured.”
She added, “We will be working with the building owner to get the store reopened as soon as possible.”
The cause of the ceiling collapse has not yet been determined.
Front Street was blocked between Fifth and Sixth Avenues that evening, with limited access to Front Street from Fifth Avenue to the Municipal Parking Lot beside the Red Apple store being restored the following morning. The Municipality of Sioux Lookout informed that the Municipal Parking Lot will serve as a “turnaround area” for vehicular traffic.
The Municipality also advised that no specific date/time has been provided for when this section of Front Street will be fully reopened.
The Municipality shared that it has, “reached out to the building owner and is in discussions to determine timelines for the arrival of structural engineers to inspect the building and identify remedial measures to secure the structure and protect public safety.” 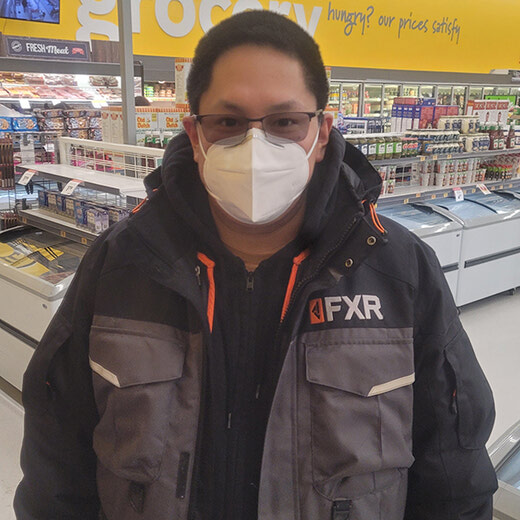 Question of the week: What are you looking forward to in March?
Tuesday, March 8, 2022
0 comments