The Nishnawbe Aski Nation (NAN) Chiefs-in-Assembly passed a resolution on August 10 at the 40th Keewaywin Conference, stating that they “vehemently oppose the NWMO’s (Nuclear Waste Management Organization) concept of a DGR (Deep Ground Repository) near Ignace, Ontario due to many health and safety concerns, the potential for devastating impacts to the environment, and the lack of consent from NAN communities and members.”
The resolution also stated that, “the NAN Chiefs-in-Assembly also mandate the NAN Executive Council to take action to prevent the NWMO, the Government of Canada and the Government of Ontario from placing any nuclear waste in NAN traditional territories.”
The resolution also called for an action plan to be implemented within the next three months, which, “must respect the rights of our First Nations, and must be conditional upon the Free, Prior and Informed Consent of the NAN First Nations.”
NAN Grand Chief Derek Fox told the Chiefs-in-Assembly, “I’ll assure you chiefs that I’m going to do all I can to put a stop to this. If I’ve got to be at the front lines of a protest, I’ll be there. I’m going to do all I can.”
He went on to state, “I assure you, if I have to be the one there getting hauled away to jail even, putting a stop to this, I hope it doesn’t come to that, but I will assure you that I’ll be there right with our membership and our leadership ensuring that this waste does not enter our territory.”
The full discussion on the resolution can be viewed at https://www.youtube.com/watch?v=0MXZgwbVea0.
In the News and Activities section of its website, the NWMO recently shared its timeline for site selection was being moved to 2024.
The two areas remaining as potential sites for the storage of Canada’s used nuclear fuel inside a deep geological repository are the Wabigoon Lake Ojibway Nation-Ignace area in northwestern Ontario and the Saugeen Ojibway Nation-South Bruce area in southern Ontario.
The NWMO shared in their August news update (https://bit.ly/3dwsv80), “Since 2010, the Nuclear Waste Management Organization (NWMO) has been engaged in a process to identify a site for a deep geological repository. Site selection is a critical milestone, marking the beginning of a new series of activities, including the regulatory decision-making process.
“With a project of such complexity and generational scope, we have always anticipated that we will need to adapt over the course of the process, while also keeping an eye on the long view.”
The NWMO went on to explain, “Like all organizations and businesses, several provincial lockdowns associated with the COVID-19 pandemic impacted our work. In reviewing our rolling five-year implementation plan and considering the impacts of the pandemic, we have made the decision to shift the timing for site selection. We now anticipate we will identify a preferred site by fall 2024.
“We experienced a significant loss of time for face-to-face engagement and interaction, especially in communities exploring their potential to host the project,” said Lise Morton, Vice-President of Site Selection at the NWMO. “Making this small adjustment in timing also gives us and the potential host communities additional time to review and absorb new information as they consider if hosting the project aligns with their vision and priorities.”
The NWMO stated that the shift in the timing of site selection, “is not expected to impact the overall schedule for Canada’s plan. Construction of the repository is still expected to begin in 2033, and operation of the repository is expected to begin in the early 2040s.”
“Canada’s plan will only proceed in an area with informed and willing hosts, where the municipality, First Nation and Métis communities, and others in the area are working together to implement it,” information in the update informed. 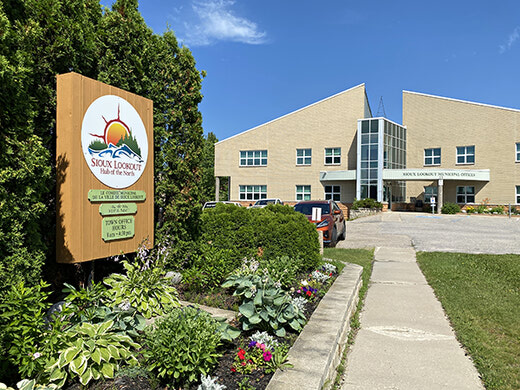 The deadline for candidates to put their names forward to run in the upcoming municipal election is fast approaching and thus far in Sioux Lookout, seven individuals have stepped forward...