Motorcyclists continue tradition of giving back to the community

The Sioux Lookout HOG (Harley Owners Group) Chapter’s annual Toys for Tots event took place last Saturday, with participating motorcyclists collecting new, unwrapped toys and monetary donations at the Sioux Lookout Travel Information Centre.
This was the club’s 18th year running the event, which Chapter Director Rick Jaworski said is the last official club event of the season and a chance to give back to the community.
Reflecting on the event’s history, Jaworski said it’s hard to believe the event has been running for nearly two decades. “There’s been a lot of smiles over the years because those presents are under the trees,” he said.
Donations were given to the Nishnawbe-Gamik Friendship Centre for their Christmas Hamper Program.
Jaworski said anyone who would like to support the Toys for Tots initiative and the Christmas Hamper Program can contact the Friendship Centre (807-737-1903) about making a donation.
Looking back on this past riding season, Jaworski said, “Fantastic year for riding. You couldn’t ask for better weather.” 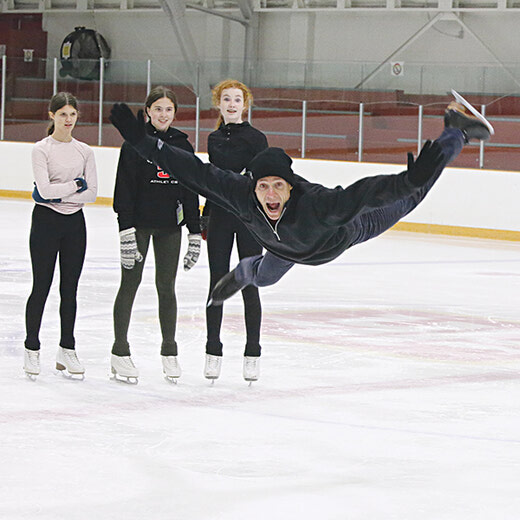 An inspiring weekend for skaters courtesy of the Sioux Lookout Skating Club...