It is with great sadness that the family of John Joseph (JJ, Jack) George born February 5, 1933 announces his peaceful passing. On Saturday June 4, 2022 our dear Dad, Pops, Grandpa, Poppa, brother, uncle, Lolo and friend spread his wings to meet his beloved wife Arlene.

Dad was born in Sioux Lookout into the 59 Queen Street George family as baby number 7. Dad was predeceased by his wife Arlene (Caswell) 2011, father John Joseph and mother Elsie. As well as siblings Bernadette, Deloris, William, Melvin, Bette, Maureen, Richard and Myrna. Dad is survived by his loyal sons Bill (Maria), Bruce and loving granddaughters Julia (Rod) and Natalie (Drew). Poppa also leaves to mourn his pack of great grandchildren Bianca, Keira, Emmett, Arla and Briel, who were the light of his life. Dad also leaves behind his sister Gail (Ken) Legros, sister in law Althea George as well as numerous nieces and nephews. Dad will be dearly missed by his American family from Camp David, his new found friends from Sioux Towers and the amazing support staff.

Being from such a large family dad joined the work force at a young age. He wasn’t into school all that much and in his early years he worked for Sioux Lumber, Caswell Taxi and Farlinger’s Mill for a short time doing whatever job the boys gave him. Dad hired on with the CN Rail July 14, 1951 and worked there as a conductor until his retirement on July 30, 1990. He was always happy to have worked with such good men on the West End as they had many laughs throughout the years.

JJ spent some of his off-duty time hanging out with the boys at Clark’s Hotel having a few cold ones. It was there that many issues and problems were solved. He was always appreciative of his boys; Peter, Danny, Gordie, Tissie, Donny and many others too numerous to mention. All of which would take care of business for him.

Dad’s greatest joys were when his granddaughters were born. He was always ready to roll wherever the girls wanted to go. He could be seen pushing the stroller around town and even pushing it into Clarks for a cold one. It didn’t matter if it was trips for braces or just a weekend out of town, he was always excited to be with the girls. Dad’s cup was truly full when he became a Poppa to his 5 great grandchildren.

Mom and dad spent many years down at Caswell’s Camp. There was always something going on down there. Whether it was with Sid, Barry, David II, David III, and many others, there was always a project on the go. Fixing, renovating, remodeling, moving, trying to fix or take apart never to work again, it was always something. There were many nights down in the sauna where the goal was to hit over 200 degrees. Dad had no qualms with the type of wood he used. Whether it be birch, pine, tamarack or C.N. ties, the hotter the better. Then a town hall meeting would occur trying to solve most issues. The camp always had a hot sauna, a pot of fresh coffee, treats to be served, comfy seats and the best of company. After moms passing dad stayed at the camp for a few years then made the move to town.

Last year dad made the move to Sioux Towers, with some convincing of course and loved every minute of it. “I should of moved here 10 years ago”, he was quick to comment to anyone who asked him how he liked it. Lolo as the girls called him, was a great spokesperson for the Towers, the residents and the staff who worked there. We don’t think tea time was ever the same again after dad moved in.

Our family would like to express their heartfelt thanks to the wonderful care provided to dad this past year from the support staff at Sioux Towers. Madonnalyn and her team are an exceptional group of kind, caring, compassionate and loving support workers. We would also like to thank Dr. Morgan and the clinic staff for their care and support over the last number of years. Despite it being a medical appointment, he looked forward to being able to socialize with whoever was up for a chat. Lastly the family would like to thank the Meno Ya Win hospital staff for their great care these past few months.

One of the greatest whistlers has whistled for the last time. He was truly one in a million, forever and always loved.

In keeping with dads wishes, there will be no service as  cremation has taken place. There was a private interment of ashes that took place to honour dad. Donations can be made to Winnipeg Children’s Hospital, Research Foundation or Sioux Looks Out For Paws Animal Rescue online or through the Sioux Lookout Funeral Home. 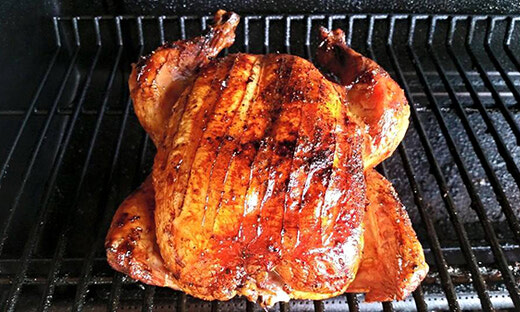