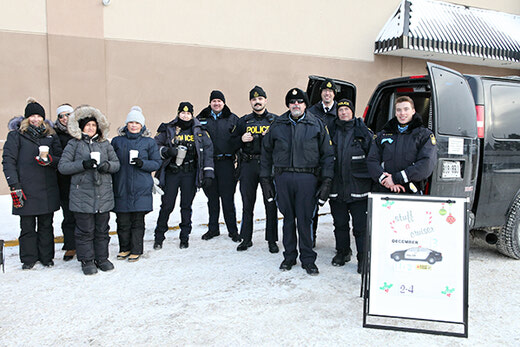 Stuff A Cruiser, Adopt A Family program helping to ensure everyone has a great Christmas
Tuesday, December 6, 2022
0 comments

Representatives from First Step Women's Shelter and the Sioux Lookout OPP Detachment were at Giant Tiger and Fresh Market Foods this past Saturday accepting donations to help all families in our community have a great Christmas.