Six Junior Canadian Rangers from the Far North of Ontario have completed a challenging thirteen days of advanced leadership training in British Columbia.
They also completed a three-day kayaking trip at sea, were astounded by the size of the province’s giant Douglas firs and other tall trees, saw orcas, seals, sea otters and eagles, and were intrigued by the abundant varieties of marine life in tidal pools.
“It’s been a great experience for them,” said Sergeant Linda Kamenawatamin, commander of the Canadian Ranger patrol in Bearskin Lake First Nation, “They’ve enjoyed themselves, very much, and they learned a lot. It has been a very good experience for them. It’s taught them how to talk to people and how to lead people.”
The Junior Rangers are a Canadian Army program for boys and girls aged 12 to 18 in remote and isolated communities across the Canadian North. The six from Northern Ontario were among 33 Junior Rangers selected from across Canada to attend the army’s annual Junior Ranger National Leadership Enhanced Training Session.
“I’ve had a great time, because of all the people I’ve met from other parts of Canada, all the activities we’ve had, and all the things I’ve learned,” said Junior Ranger Daniel Bottle, 17, of Lac Seul First Nation. “I’ve learned a lot about leadership. How to speak out when something is wrong. How to identify problems and how to solve them. I’m taking all that home with me.”
The Junior Rangers spent most of their time in Ruckle Provincial Park on Salt Spring Island. But they also had time to visit downtown Victoria, tour the British Columbia Museum, and see the B.C. Legislature building. On the way home they stopped in Vancouver to stay overnight in an aquarium and visit a mall for some last minute shopping.
“It was my first time in B.C. and I want to visit it again,” said Bottle. “The trees were amazing. One Douglas fir was the biggest tree I’ve ever seen in my life. Amazing. I was amazed at all the creatures we saw in tidal pools. I was afraid to touch a lot of them. But it was fun.”
He shared a small tent with an Inuit Junior Ranger from Labrador. “It’s a lot different where he lives in Labrador. There’s no trees there. He’d like to visit me in Lac Seul and I’d like to visit him in Labrador.”
Junior Ranger Joanne Quequish, 17, of North Caribou Lake First Nation, attended a similar leadership course last year in Newfoundland, where she made friends with two Junior Rangers from Nunavut and kept in touch with them on Facebook. She met them again on the course in British Columbia. “It was great meeting them again,” she said. “I’d like to go and see them in Nunavut.”
The other Junior Rangers from Northern Ontario were Wilbert Shisheesh from Attawapiskskat First Nation, and Jonas Bottle, Dylan Bottle-Chisel, and Jacob Thivierge, all from Lac Seul.
(Sergeant Peter Moon is the public affairs ranger for the 3rd Canadian Ranger Patrol Group at Canadian Forces Base Borden.) 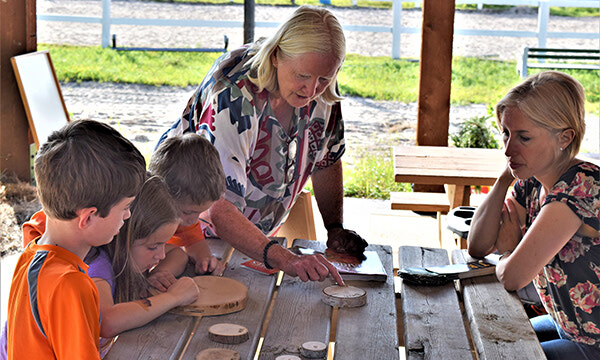 Friends of Cedar Bay teach the importance of the Boreal Forest

Sioux Lookout and area residents were invited to join the Friends of Cedar Bay on August 13 for a presentation about the trees commonly found at Cedar Bay.