June 4 and 5 saw the Sioux Lookout Memorial Arena gym hosting Science North’s Great Northern Ontario Roadshow (GNOR), for a combination science education outreach program and vendor market.
Monica Prodanyk, Event Coordinator at Science North for the GNOR, explained, “The Great Northern Ontario Roadshow is a program Science North is putting on to revamp tourism and energize people coming back out post COVID-19 pandemic.” Prodanyk continued, “We want to bring people back out, and the goal of this is to have it be like a local market. We want to have vendors out. We want to have people with everything they’ve been working on over the pandemic, with all of the talents and skills that people have to offer. We want to showcase that at the Roadshow, with a touch of science. We are bringing our hands-on activities and our science shows... so it’s Science North with a local community.”
The roadshow hopes to make stops in 40 communities across Northwestern and Northeastern Ontario, with their next stop being Sault Ste. Marie.
With several science-based activity centres set up around the gym, and multiple science demonstrations scheduled throughout the two days, many families took advantage of the GNOR, attending throughout the course of the weekend.
Science learning centres included a giant Jenga game to build and play, an area to test the speed of your slap shot, and an area to build toy vehicles which you could then test on a smooth/bumpy ramp.
Five area vendors also took part, with tables set up around the space. Products on display ranged from nature photography to hand crafted wearables.
The main attraction was of course the science demonstrations, which were presented by Prodanyk and her
co-presenter Mary Chang. These demonstrations included floating bubble clouds, a fire tornado, and several rather explosive reactions.
Prodanuyk noted, “We do a few shows a day, we have a few scheduled throughout the time, but if people come at different times we might do some extra little demos and shows throughout the day.  We were at Sioux Mountain June 2 and 3 doing some programs with the classes there.”
If you missed the GNOR this time around, Prodanyk wanted people to know that they will be back in our area, stopping in Dryden for Canada Day, (July 1) with a stop in Ignace also scheduled for July. Prodanyk also noted that visitors were welcome to help themselves to take home science kits, and added, “We would like to thank the Northern Ontario Heritage Fund and FedNor for the funding for this program, as well as our community partners Rony (Chakraborty, Sioux Lookout Municipal Recreation and Culture Manager) and Michael (Hessman, Sioux Lookout Municipal Recreation Program Coordinator) for helping to coordinate the show. We also want to remind everyone that it’s free, it’s fun, and there are lots of activities
for everyone.” 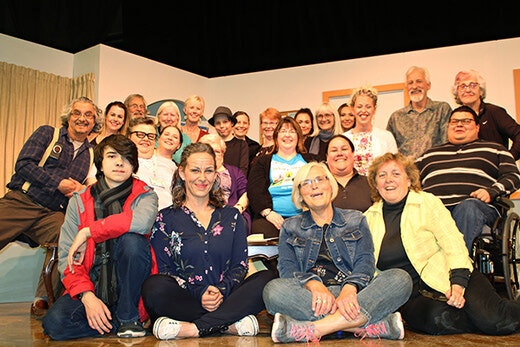 Thank you so much for the coverage, Mike! Science North would love to add details regarding the upcoming events:
Dryden multi-day event will be Sat.July 2 and Sun.July 3, both from 10am-4pm.
Ignace event in partnership with the Kidsfest will be Sat.July 9 from 11am-3:30pm.
We hope to see everyone come out for some more local showcase and science fun!