Twenty-three years of Bert: the story of Blueberry Festival
It has continued to change and evolve over the years, has seen its highs and lows, mostly highs, attracts large numbers of people to town and seems to have a way of bringing out the best in people. Yes, once again it’s that special time of year that blue reigns supreme in Sioux Lookout and fun is never far away, the Blueberry Festival.

Woman catches world record muskie on Lac Seul
The rain was falling and lightening flashed in the distance, illuminating a large wake on the waters of Lac Seul on the evening of July 11.  Four anglers watched in awe as the wake drew nearer and nearer to the offered bait. As she brought it alongside the boat and began moving her line in a figure eight pattern, anticipation surged within Moosehorn Lodge owner Linda Rice.

Umfrevilles re-discover Sioux
From far and wide, a group of relatives with a locally famous surname recently converged on Sioux Lookout for a family reunion. The Umfreville family gathering was held last weekend in town, and drew 45 attendees from as far away as Texas, Vancouver Island and the United Kingdom.

Berries by the bushel
It’s that time of year again as the 23rd Annual Blueberry Festival begins. Throughout the area blueberries are perfect for the picking and ready to find new homes in pies, muffins, and pancakes everywhere. 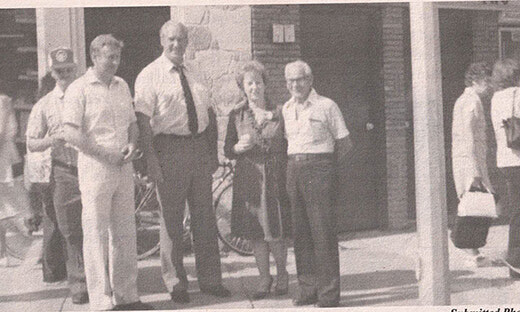 Looking Back: The origin of Blueberry Festival
Tuesday, August 2, 2022
0 comments

Over the years a number of people have asked about the origin of the Blueberry Festival. The idea of having a festival occurred to me in 1981. Other communities were having summer and fall events. Why couldn't Sioux Lookout?...