Ontario Provincial Police kicked off their annual Festive R.I.D.E. (Reduce Impaired Driving Everywhere) campaign last week.
Sioux Lookout OPP shared, “The OPP Festive RIDE campaign runs from November 17th until January 2nd. The public can expect increased OPP presence as officers conduct RIDE checks 24 hours a day, seven days a week. If you plan on drinking or consuming drugs, take a cab, arrange for a designated driver or come up with another plan so you arrive at your destination safely. If you know or suspect that a driver is impaired by alcohol or drugs, call 9-1-1. You may save a life.”
Ontario Provincial Police explained in a Nov. 17 news release, “One police tool that drivers should be particularly mindful of is Mandatory Alcohol Screening (MAS). MAS allows a police officer to demand a breath test from any lawfully stopped driver (which includes those pulled over in Festive R.I.D.E. stops), even if there is no evidence or suspicion that the driver has consumed alcohol.
“Drivers are reminded that Drug Recognition Evaluation (DRE) and Standardized Field Sobriety Testing (SFST) officers remain effective police resources for detecting drug-impaired drivers and that the same penalties apply as those who are alcohol-impaired.”
“Sadly, 51 people have died on OPP-patrolled roads this year in collisions that involved a driver who consumed alcohol and/or drugs. This ongoing, senseless loss of life is what drives the OPP’s commitment and that of our valued road safety partners to eliminate impaired driving on our roads. If you suspect or witness impaired driving, please treat it like the dangerous crime that it is and immediately report it to police. Together, we can keep our roads safe during the holidays,” stated OPP Commissioner Thomas Carrique.
Young, novice and commercial drivers are reminded that, under Ontario’s zero tolerance law, it is illegal for these driver classes to have any amount of alcohol or drugs in their system.
Police shared that during the 2021-2022 Festive R.I.D.E. campaign, OPP officers conducted 8,374 R.I.D.E. initiatives, laid 1,188 impaired driving charges and issued 237 Warn Range Suspensions. Police added that impaired driving remains one of the leading criminal causes of death in Canada. 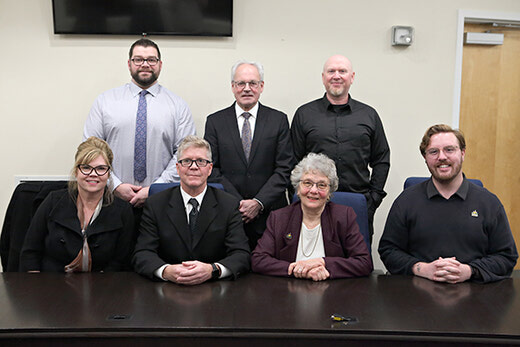 An election was just held, as it is every four years, and a new Council has been elected...