The following is the third installment in a series about Nan Dorland, a radio star from New York City who spent six years on what is now Winoga Island on Abram Lake during the 1940s. Nan struggled to become a writer and a prospector in northern Saskatchewan. Follow at www.nandorland.blogsot.com or on Instagram @discoveringnan.

The newly christened Nan Dorland (born Annette Danke) moved back to her hometown of Chicago in 1931 to pursue a career in the new medium of radio. By September of the same year, 20-year-old Nan was working on a daytime serial in the Chicago studios of the National Broadcasting Company (NBC).

The 1930s was a time of rapid growth for radio. In 1929, 12 million American households owned a radio; by 1939 this total had exploded to more than 28 million. Advertisers quickly recognized the potential of daytime serials and signed on as sponsors in droves.

Nan’s first starring role was in 1931 on NBC Chicago’s “Keeping Up With Daughter” - one of the very first radio serials. In the radio program sponsored by Sherwin-Williams, Nan played Dora Mae, the high-school-age daughter. The story was billed as a “moving, human drama of the life of an average American family. ... Joys, pleasures, sorrows, success and ambitions - all these and other feelings of a family of three in a typical American town” were portrayed in the 15-minute episodes.

NBC’s publicity machine kicked into high gear in the fall of 1931 to promote its new star Nan Dorland. Publicity photos and biographical sketches of the attractive, blue-eyed redhead were distributed to newspapers and magazines far and wide.

“Keeping Up With Daughter” only lasted one season, from September 1931 to June 1932. Sherwin-Williams insisted that plugs for their company’s products be inserted into the story in a none-too-deft manner. Nan, as the daughter, had to read off paint colours - and their numbers - from a catalogue! This commercial angle ruined whatever chance to entertain the serial possessed.

Nan’s second starring role was in “The Lane Reporter” sponsored by Lane Cedar Chests. Launched in the spring of 1932. Nan’s new show took her to Hollywood where she guided her listeners on tours of movie stars’ homes. It was like a 1930s radio version of Robin Leach’s “Lifestyles of the Rich and Famous.”

“Miss Dorland is favorably equipped with a pleasant vocal apparatus and an easy flow of vocabulary,” Variety magazine observed on April 26, 1932. “But what is more important to the sponsor is the subtle interjection of the plug throughout the discourse.” While taking listeners through the homes of movie stars, Nan had to promote the sponsor’s product, selling fans on the idea that no Hollywood home was complete without a Lane cedar chest.

In the mid-1930s, Nan Dorland’s radio career went into a slump. The Great Depression greatly compromised the fledgling radio industry. As a result, some radio performers – including Nan - were added to the ranks of the unemployed. She headed back to Evanston, Illinois near Chicago and went to work as a restaurant cashier.

Twenty-one-year-old Nan had faced stiff competition in the radio business. In 1932, thousands of girls swarmed to radio studios in Chicago and New York in a battle for stardom. Nan had acting and radio experience, and she was attractive. But a pretty face meant little to radio broadcasters. And radio auditions were tough. “Audition after audition came and went,” writes radio actress Mary Jane Higby in her book Tune in Tomorrow (1966). “I would arrive at those studios rigid with determination, seething with the will to win. And I nearly always did achieve something, but never that glorious first place. After a year of such near misses I was becoming as neurotic as any of my soap opera characters.”

After Nan married NBC radio script writer Richard Morenus in Manhattan on October 15, 1936, her career picked up again. During nine years of almost continuous radio work, she made regular appearances before the microphone on the programs of such well-known radio personalities as Don Ameche, Amos and Andy, Lum and Abner, Bob Hope, and others.

I would love to hear a recording of Nan’s voice as apparently it was great for radio. Before Nan and Richard moved to northern Ontario in 1941, she made a master recording registration of her voice for a program signature at the insistence of an enthusiastic sponsor. Nan’s voice was still being heard across the airwaves long after she left New York. 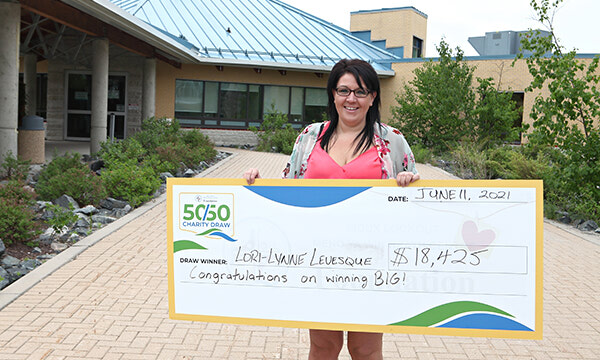