Give me a sarsaparilly – and make it snappy

When the clinic called a couple weeks ago and said Dr. M wanted to see me, a tiny red flag shot up, but I lowered it by convincing myself it was only a rescheduling of my routine semi-annual visit to refill prescriptions for my high blood pressure.
Still, I continued to have a slight question nagging in the background. Never mind that a few months ago on my regular visit the doctor had given me a long sheet - two pages, actually - of tests to be conducted at the hospital. He, somewhat nonchalantly, I thought, mentioned at the time that I could go right over and get everything taken care of as soon as I left his office.
I did place the sheets on the passenger seat of my truck with good intentions of hustling right over, if not exactly right then, probably by the next day, at least.
Then some mail got put on top of the papers, then some other stuff, bags of groceries, passengers’ asses, spillings from cups of coffee as we hit a bump or two. I was aware, always, that I had to go get it done, but the time never seemed quite right, so I put it off more and more, and the corners curled and the sheets wrinkled and oil smears and dead flies added their signatures, until I thought maybe I’d just throw them away and tell the doc on my next visit, “Oops. Forgot...”
Finally, a couple weeks ago, with my next routine appointment in sight, I bit the bullet and took that raggedy bunch of papers to the hospital and got about 45 gallons of blood pulled out in a bunch of tiny, individual vials.
The next day the clinic called...
When the doctor saw me he didn’t fool around. “You have diabetes,” he told me. I didn’t expect that, but I wasn’t surprised. I really didn’t want to hear news like that, but at the same time I was whewing silently, “Glad it isn’t cancer.”
So, I have joined about 25 per cent of North Americans with type 2 diabetes. It’s serious and requires immediate action, but is hardly unique. I’m told this will likely reduce my lifespan by 5 - 15 years, though I don’t know how anybody can figure something like that out, so I have simply added 15 years to my long-established wish to live to 107, and we’re even on that score.
For the next three months (until my next tests - the papers for which are already on the passenger seat of my truck) I have to lose 20 pounds (piece of cake, ha, ha) and quit drinking alcohol (I think I now know a weekend that will be the one to quit).
So, my friends, next time we’re partying or at a bar and someone asks, “Can I get you something to drink?” I don’t want to hear any snickering nor see any sissy-finger pointing when I bark, in my best tough-guy rasp, “Give me a sarsaparilly... and make it snappy.” 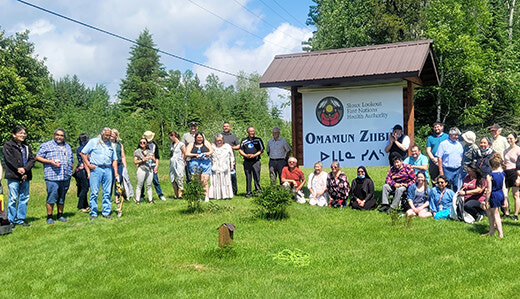