Curling champs crowned as league play wraps up for the season

The Sioux Lookout Golf and Curling Club (SLGCC) was packed for Championship Friday on April 8, an evening featuring the championship games for each of the club’s curling leagues.
The Men’s Championship, Ladies Championship, Mixed A Championship and Mixed B Championship played out on each of the club’s curling surfaces while a clubhouse packed with spectators cheered them on.
Team Cummine defeated Team Poirier to win the Men’s Championship.
Team Mousseau beat Team MacDonald to win the Ladies Championship.
Team Neufeld was victorious against Team Van Horne, winning the Mixed A Championship, while Team Rattai was the winner in their match against Team Mandley, winning the Mixed B Championship.
SLGCC Manager Austen Hoey shared, “We were kind of thinking, ‘when’s the last day of curling going to be?’ And we decided, why not make it one big fun night.”
He said the evening was an opportunity for the teams taking part in the championships to mingle, for the community to come out and watch the championships, and to have a really fun night celebrating the sport.
“It turned out pretty well and I’m excited to do it again next year,” Hoey said.
Looking back on the curling season, Hoey said, “We have a pretty vibrant curling community here… full of a lot of people who really like to just come out and have some fun. There’s a lot of love for curling in this town… it’s really nice to see the community involvement and the volunteering that goes into making this place run well.” 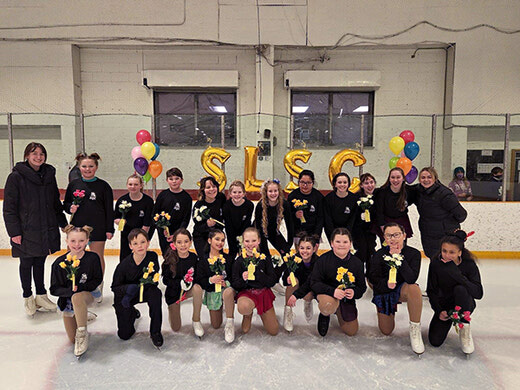 The Sioux Lookout Skating Club held its Year-End Celebration on April 9, marking the end of another successful year for the program...