Sioux Lookout Municipal Council has directed staff to trim a proposed four percent tax rate increase presented in the first draft of the 2023 Budget to 2.9 percent or lower.
Municipal Treasurer Carly Collins explained in her 2023 Budget presentation on Jan. 19 that a number of factors are impacting the 2023 Budget, including the freezing of property assessments until 2024 as well as an increase in the cost of products and materials costs such as vehicle maintenance, fuel costs, contractors, insurance, building materials, office and cleaning supplies and airport runway chemicals.
The Municipality is also dealing with increases in costs it has no control over such as increases to union negotiated wages and benefits, insurances, fuel costs and contracted services.
Collins had presented an operating budget of $422,457 and a capital budget of $94,245.
Collins said a request for operational funding from the Sioux Lookout Public Library in the amount of $359,357 was factored into the budget, however donation requests from the Nordic Nomads Cross Country Ski Club ($3,450) and Material Girls Quilters Guild ($1000) had not been factored in.
Council also directed staff to seek alternative funding through the Municipality’s share of the Municipal Accommodation Tax revenues and/or from potential 2021 surplus for the capital items that were recommended to be financed through the tax levy for 2023.
Collins explained, “If alternative sources of funding cannot be identified, Council will need to determine whether or not to proceed with those projects.”
The budget presentation can be viewed on the Municipality of Sioux Lookout’s YouTube channel at https://www.youtube.com/@SiouxLookoutON. People can go through draft one of the budget at https://pub-siouxlookout.escribemeetings.com/FileStream.ashx?DocumentId=6518.
“Input into and/or questions related to the budget can be sent to the Municipality via the [email protected] email address, as well as other forms of written submissions: letters that are mailed or dropped-off at the Municipal Office will be reviewed during the development of the second draft of the budget,” Collins said.
Sioux Lookout Mayor Doug Lawrance shared following the meeting, “I think we’re actually in a pretty good place in terms of process. I thought the meeting went very well. I thought that staff had prepared the documents and the budget very well. There’s a lot of outside factors that have come into play that are impacting our budget, among them, certainly COVID and the aftermath of that, but also labour shortages… inflation has been huge for everybody, whether it be the cost of fuel, our municipal insurance has gone up.”
He added, “I thought staff did a great job of presenting and a four percent increase, including capital, was a reasonable start, knowing that people typically want to chip away at it and speaking with colleagues from other municipalities in northwestern Ontario and around the province, we are at the lower end of tax rate increase.”
Overall Lawrance said, “I think we’re in great shape. Staff did a great job, council had good deliberations, and we’ve asked staff to go back and look at a few things.” 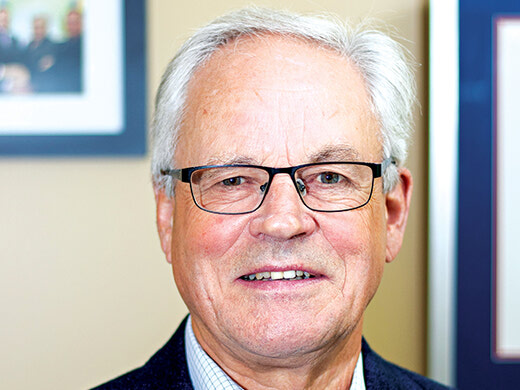 A busy itinerary for Sioux Lookout Mayor Doug Lawrance at this year's Rural Ontario Municipal Association (ROMA) conference in Toronto, which ran from Jan. 22 to 24...