Morriss is a lifelong resident of Sioux Lookout who spends a lot of her time helping others.

The Rotary Club of Sioux Lookout shared that Morriss has taken on the role of providing meals to seniors and others who could use a break. “Throughout COVID, Cathy has prepared meals and delivered them around town. She has found time between making gnomes, knitting socks and other crafts and making jams, jellies and pickles to turn her talents to cooking dinners. She does get some support from others, sometimes anonymously when people drop off supplies at her door, but she is the one who puts the love and care into the preparation of the meals that have brought joy to so many in Sioux Lookout,” the Club shared. Morriss has prepared more than 700 meals over a period of approximately three years.

Blinking back tears, Morriss said of receiving the award, “I’m absolutely humbled and you have no idea how much gratification this brings me.”

Also nominated for this year’s Jack McKenzie Award was Randy Henrickson for his work with the Ojibway Power Toboggan Association. 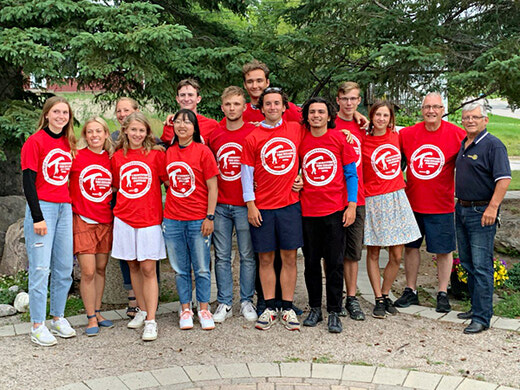 Journey of a lifetime for international youth
Tuesday, August 2, 2022
0 comments