Wednesday, Sept. 21 marked the 26th annual Take Back the Night March since Sioux Lookout began supporting the cause in 1996.
Take Back the Night rallies and marches began in England as a protest against the fear that woman encounter walking the streets at night.
The march was hosted by First Step Woman’s Shelter (FSWS), Ontario Native Woman’s Association, Aah-shawah-bin Victim Support Services, Nishnawbe-Gamik Friendship Centre, Sunset Women’s Aboriginal Circle, St. Andrew’s United Church and the Northwestern Health Unit.
The rally, attended by approximately 20 participants, started in front of the Ontario Provincial Police (OPP) detachment, with police providing two escort cruisers for the event.
Before the march began, local Elder Romaine Lyon performed a song to honour the thunderbirds. Lyon explained, “The song is about how they are watching over us. I sang the song to honour the Binesi, thunderbirds, to ask for no rain on the march.”
She shared, “You look at yourself and you learn to love yourself, you have to love yourself first before you can love anybody else.”
Participants chanted as they walked, carrying signs with messages such as, “Respect All Woman”, “Stop the Cycle of Violence” and, “No Excuse for Violent Men”.
The March started at the OPP detachment and continued to Front Street, on to Sixth Avenue, turned onto King Street, and ended at the Nishnawbe-Gamik Friendship Centre for refreshments, snacks and a chance to connect after the rally.
The Friendship Centre shared their support of the march on Facebook with a post stating, “Showing support for the right for everyone to be safe and live free from violence and abuse.” Kimberly Murphy, a board member with FSWS, shared with participants at the Friendship Centre, “This campaign brings awareness to the issues of violence against woman and provides an opportunity for woman, men, and children, to come together to support each other and to take a stand against violence. This event would not be possible without the support of other organizations and our community who are ready to make a difference and make the night safe for everyone. This event has been a huge success over the years and we hope that it continues with your support.” 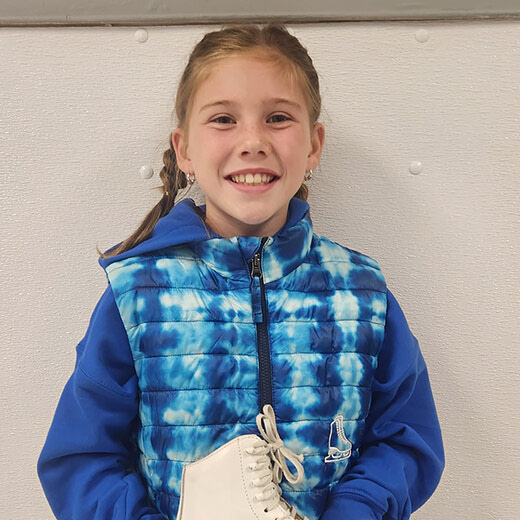 Question of the week: The Sioux Lookout Skating Club hosted skaters from across the region for a two-day seminar last weekend. Participants were asked what they enjoy about the sport of figure skating?
Tuesday, September 27, 2022
0 comments