Winter preparations well underway at Out of the Cold

With winter rearing its chilly head, Sioux Lookout’s Out of the Cold program (currently operating out of the former Queen Elizabeth District High School) might be expected to be gearing up for cold weather, but as Executive Director Susan Barclay explains, “We're not gearing up… we're already in high gear, and it's got nothing to do with weather.”

As Barclay explained, “We actually are as busy, or busier, in the summertime as we are in the winter. And that's traditionally how it's been. Things have been very different with COVID.  It's kind of hard to really pinpoint or know what things are going to look like over the next couple of months. Our traditional patterns of people being out in Sioux Lookout on the street have been totally disrupted through COVID.”

While the core number of people living on the street tends to remain fairly consistent, the faces do change. As Barclay says, “We have a core group of people, always have. The actual faces in that core group change, but there's always a core group of anywhere from 10 to 15 people. Those folks don't have options.” Barclay continued, “Now the other group that we see are people who are transient on the street. Those folks tend not to be on the street in the winter. So, we're seeing a change in the demographic, but that still seems to be holding up as the model that we work under.”

So now that the cold is upon us, how can residents help Out of The Cold better serve those in need? Barclay explained there are some things that are always in short supply. “People are always losing gloves, so there's a need for gloves all of the time. The other thing that we go through a lot of in the winter are socks. Because people come in with wet feet, we actually run a sock exchange where you give me your wet dirty socks, we'll wash them, and here's a (fresh) pair. They're not necessarily new, but they're clean.” Barclay continued, “Those are the two big items that we find coming into this time of year that we are going through like they were water. Of course, we give away mitts, we give away hats and neck warmers.”

“We do take donations of boots, shoes, warm sweaters. Donations of any of those items would be welcomed. We are dealing with huge numbers, right now. Literally filled to capacity.”

Its not just winter clothing donations that

Out of the Cold appreciates, however. If individuals wish to assist with food items, that is welcome as well. The one thing Barclay recommends is soup, stating, “We are running through soup like there’s no tomorrow, so that’s an issue. We take it in whatever containers (people have), ideally ice cream pails. Other people have put it into the large Ziploc bags, or frozen it and brought it in. So yes, we would welcome any soup donations.” Another area the public could assist is through volunteering their time. Of course, health protocols are in place to make sure no one’s health is put at risk. As Barclay explained, “We have COVID protocols in place. So masking and social distancing and hand hygiene…  all those things are definitely required. But volunteers would be welcome, particularly with the mealtimes. And then that would be breakfast if they want, from 7 (a.m.) until 9 (a.m.), lunch from 11:30 (a.m.) to 12:30 (p.m.), and evenings we start soup around 5 p.m. and if we have enough staff in the building, we keep it going until 10 (p.m.).

Discussions surrounding the possibility of a warming shelter for when the temperature drops to dangerous levels, are currently underway, as Barclay explained, “There are still discussions happening around an extreme weather drop in. There was a committee that was formed two years ago that got the first one up and running just before COVID. So actually, this week, I sent an email out to a lot of people including all of the people who had been involved in the extreme weather drop in, so, I know both Tana Troniak (Executive Director, First Step Women’s Shelter) and myself and Josee Mantle (Integrated Social Services Special Projects Manager) from KDSB have talked about this literally, weekly… daily almost.

“There is no place available in the downtown core to put an extreme weather drop in, that's the biggest holdup we have right now. The problem is if you take it too far from the core of the downtown area, people aren't going to go there.  So, you really need to be in the core.” Barclay continued, “We did look at putting a trailer on an empty lot, but there's no serviced lots available to put that on. So, the emergency shelter building at 25 Fair St. is open 24/7, so people have the option of going back up to that space. They can be in the building.”

Another way for the community to support those in need this winter is through the food bank, although somewhat surprisingly, it's use has dropped off during the pandemic. As Barclay stated, “The food bank has been interesting. It has not been busy during COVID. There's a couple of really good reasons for that, one is that the (Nishnawbe-Gamik Friendship Centre) has had funding to provide fresh food hampers. I think the majority of people who were looking for the services of the food bank, were involved in that food hamper program. So, our numbers have been small. We're still having people coming for food on a regular basis, but only 20 families or so. It may also be that because of COVID, our focus has been dealing with COVID issues and shelter issues, so we haven't done any promotion of the food bank.” Despite the lower-than-expected need, the food bank remains open for those who need its services. Barclay continues, “We rarely have a lot of fresh food, but we do get a lot of donations of frozen stuff. So, there’s canned goods and frozen stuff that we have available for people.”

Anyone wishing to support the food bank is encouraged to do so, either in the form of a monetary donation or even a gift card from one of the local grocery stores. Tax receipts are available for all monetary donations.

Anyone interested in assisting or donating to Out of The Cold or the food bank are encouraged to call 807-737-7499 or email [email protected]. 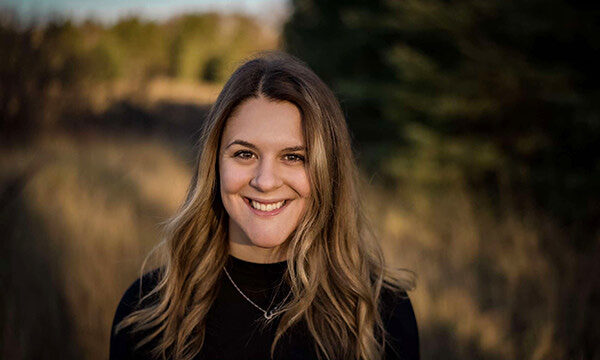 OCFP 2021 Medical Student of the year has Sioux Lookout connection

Felicia Lotsios of Ignace has been named the 2021 Medical Student of the Year by the Ontario College of Family Physicians (OCFP)...