The Sioux Lookout area experienced record-breaking temperature on November 8, preceded by a week of warmer than usual seasonal temperatures. With a record breaking high of 17.2 degrees Celsius on November 8, it eclipsed the previous record of 16.1 degrees Celsius set in 1999. Warning Preparedness Meteorologist with Environment Canada, Geoff Coulson said, “The main reason behind it was a very intense storm system that moved up from the Dakota’s on Saturday, up through the Winnipeg lakes during the day on Sunday.”
He added, “So, fairly brisk winds from the south brought the temperatures up to those record values. But as quickly as those temperatures rose, once that system had gone by and a cold front went through late Sunday into Monday morning, temperatures dropped back steadily to more seasonal values.”
Warning Preparedness Meteorologist for Environment Canada, Gerald Cheng said, “It is really the entire week I suppose that started on the 2nd, when it started to go up because we should be at about minus two for normal and very quickly it went up.” He added, “It stayed above seasonal from the 2nd to the 6th, and on the 7th it jumped back down to only a degree, so that was still within seasonal range and then very quickly we got a stretch of warm air and it stayed on the 9th and then now we are back to seasonal values for temperatures.”
Cheng shared that the week had witnessed “about at least 10 degrees above the normal,” with an even greater temperature difference on the 8th. Cheng said that according to Environment and Climate Change Canada’s Changing Climate Report 2019, the frequency and intensity of extreme temperature are projected to increase.
Cheng said that global warming is the reason for the projected increase of the frequency and intensity of extreme temperatures.
“The annual highest daytime temperature that currently occurs once every 20 years on average will become a once in five-year event by mid-century under low emissions scenario,” he said.
Coulson shared that the Nov. 8 record-breaking heat was certainly a notable record and that we don’t often see temperatures this mild in the Sioux Lookout area in the month of November. “But November is still very much a transition month where we can get mild temperatures on some days but then we can also see the temperatures drop significantly,” said Coulson. “This could very much be a month of rapid changes and I think what happened Sunday into Monday was a good example of how we can go from record setting warmth on Sunday to fairly chilly temperatures all in the span of about 24 hours.”
According to the Government of Canada’s website under Changes in temperature, “The average (mean) annual temperature in Canada increased by 1.7 °C from 1948 to 2016, about double the global rate. Warming has been even stronger in the north. The average annual temperature in northern Canada (north of 60 degrees latitude) has risen by 2.3 °C over this same period, about triple the global rate.”
Coulson said that we’ve seen a fair amount of fluctuation between the temperatures. He added, “Certainly we’ve had some pretty cold winters over the last few years in the Sioux Lookout area. We’ve also had some milder ones and what the climate experts are basically saying is that if we average out those conditions over the course of the next number of years, overall we’re expecting to see the temperatures creep up a bit. But I still think for the foreseeable future, Sioux Lookout is going to be looking at overall very cold winters. With still the possibility of here and there days where temperatures may get up to very warm values.” He shared that the normal high at this time of year for the Sioux Lookout area is minus one. 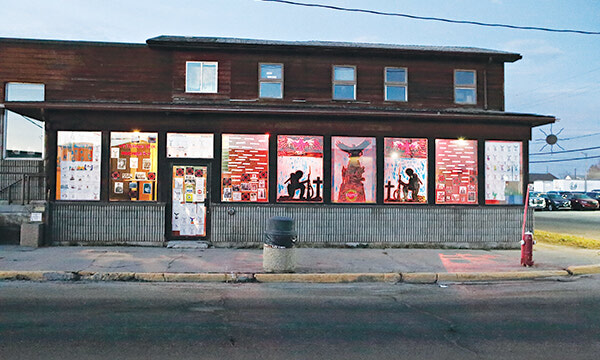 Kirk Drew, president of the...