The Municipality of Sioux Lookout is hoping to complete its Waterfront Development Project at Farlinger Park (the Town Beach) by the end of September.

According to Municipal Manager of Development Services and Chief Building Official, Jody Brinkman, delays in completing the project have been a result of, “a combination of lack of manpower on site and access to materials.”

The Municipality had previously provided The Bulletin with the following overview of the project, “There will be three structures – the Administration building with washrooms, the stage which will double as a covered picnic area and the kayak kiosk. Which will house kayaks that can be rented out. There will be two concrete pads with water, sewer and electrical services for food trucks. A small fabric covered shelter for community bbq’s or other events. A traditional play area and a nature play area. An exterior shower, ramps down to the beach and large boardwalk. Large field for events and farmer’s markets. As well, the new docks.”

A biosparging system, being paid for by CN Rail, has been up and running since earlier this year.

CN had previously shared through literature presented to the public, that the technique, “Injects air into the groundwater to increase the levels of dissolved oxygen in the groundwater, which will help prevent the biogenic sheen from forming.”

At a public meeting held in 2018, those in attendance were told the sheen, which sometimes can be seen floating on the water at the Town Beach and which has resulted in beach closures in the past, is biogenic in nature and can occur when bacteria grows on iron from minerals.

Brinkman provided the following background in his report to council at their August 22, 2019 meeting, “In 1987 a large diesel fuel (LNAPL – Light Non-Aqueous Phase Liquid) storage tank on CN property across the road from the Town Beach caught fire and released approximately 1,500,000 L of LNAPL. Some of which was burnt or infiltrated into the ground. An LNAPL recovery system was installed onsite in 1996 and was operated until 2008 due to minimal recovery amounts. In total approximately 600,000 litres of LNAPL was recovered.”

Asked if the Municipality had received any results back regarding testing of the water for LNAPLs or any other particles of concern such as dioxins and what those results might be, Brinkman shared, “Some testing was completed after a sheen notification was received in the spring, this included surface water sampling. This was completed by KGS and the results showed no detectable concentrations of petroleum hydrocarbons.”

Speaking to the cost of the project, Municipal CAO Michelle Larose had previously informed The Bulletin, “The project costs exceeded the overall budget by approximately one million dollars, thus cuts were made in an attempt to bring the costs closer to the original budget.  The cuts made brought the project deficit to approximately $600K.  Council passed a resolution at the June 3, 2020 Special Council meeting to finance the excess costs through the portion of the Municipal Accommodation Tax collected and retained by the Municipality.

The rest of the project’s funding breaks down as follows: 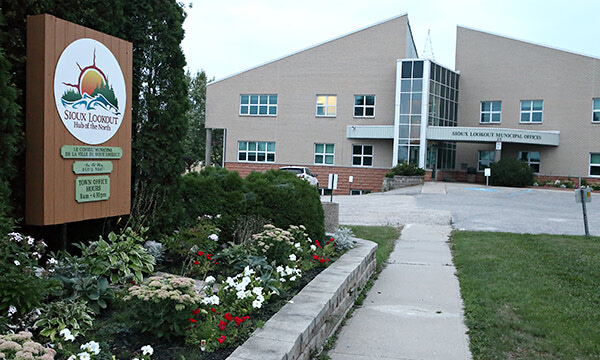 A report is expected to be brought to Sioux Lookout Municipal Council, at the latest in October, regarding a ward boundary review the Municipality of Sioux Lookout has asked for the public s input on...