At their Feb. 19 regular meeting, Municipal Council voted to increase water and wastewater rates in the Municipality of Sioux Lookout.
Water rates will increase by five per cent and wastewater rates will increase by 3.3 per cent annually for the next four years.
The Municipality confirmed this will equate to a 20 per cent water rate increase and a 13.2 per cent wastewater rate increase at the end of the four year period.
The rate increase will go into effect April 1.
In her written report to Council, Municipal Treasurer Christy McIntomney asked Council to, “Refer to the report to Council dated May 21st, 2014 which authorized the water and wastewater rates and charges schedule for 2014 as well as the September 16th, 2015 report to Council which approved the 2015 water and wastewater rates and charges schedule through to the end of 2016 as presented in the 2015 Water and Wastewater Rate Analysis for the Municipality of Sioux Lookout Report (Financial Plan No. 236-30).”
She explained in her report, “An annual review of the water and wastewater systems financials was conducted each year from 2017 through to 2019. Due to the increases in revenue, funding opportunities, and the decrease in the negotiated contract price with Northern Waterworks Inc., it was determined that sufficient funds for daily operations and future capital upgrades were being set aside and available to sustain the system as a user pay service with the existing rates and charges schedule.”
Christy McIntomney went on to state in her report, “In 2020 another annual review was conducted of the present and future required financials for the water and wastewater systems which determined that the rates will need to be increased in 2020 to support future required capital upgrades to both systems. As presented in the Financial Plan No. 236-30, it is recommended to increase the Municipality’s water rates by 5% and the wastewater rates by 3.3% annually for the next four (4) year projection. The typical consumer will see their combined annual water and wastewater billing increase by $224.18 or $18.68 monthly. The recommended rate increase will allow for a gradual approach towards financial sustainability with a further review of rates scheduled in 2024.
“The increase in rates are necessary to fund the capital, operating, and maintenance costs associated with the provision of water and wastewater services. It will be a requirement under O.Reg 453/07 (Safe Water Drinking Act, 2002) to compile a new Financial Plan in 2024 to implement the following year and provide financial direction for a period of at least six (6) years At that time, the water and wastewater rates will be reviewed once again to determine if increases/decreases are needed in order to sustain the water and wastewater system as a user pay service.”
Municipal Public Works Manager Andrew Jewell commented at the meeting, “The plan was not implemented as the rate increase was presented in the plan… since 2015 we had the one increase of five per cent water and 3.3 per cent wastewater, since then there has been no annual increase until here we are now in 2020 looking to implement the plan, the rate structure and the increase in the plan halfway through the lifecycle of the plan.”
He said the amount of capital infrastructure work related to water and wastewater is significant, “We are in a state where every other municipality in Ontario basically is, where there was not the foresight 30 years ago to start allocating funds for future replacement of infrastructure. Here we are now, with infrastructure that’s aging and come of age and requires replacement in significant amounts, yet we’re behind in the replacement of it.”
He informed councillors, “Off the top of my head, upcoming capital plans would be: Number 1 – we’re looking at increasing our capacity at the wastewater treatment facility to the tune of $5.8 million for the construction of a third CTU, and the upgrading of the sizing of the outfall sewer pipe. Looking at a $2 million contribution through provincial and federal funding, with a Municipal contribution of $3.8 million.”
He added, “This summer we are required under the regulations by the federal wastewater effluent regulation to eliminate chlorine discharge into the water. So this summer we’re spending $1.2 million at the wastewater treatment plant to remove the chlorine disinfection system and replace it with a UV disinfection system… $1.2 million unfunded.”
Another example he cited involved the new airport terminal building. “We cannot commit to the fire flow requirement for the fire suppression system in the terminal. So what’s required there to upgrade that to meet the fire code for the airport terminal building, is we have a water booster station on located on Curtis Street adjacent to the Hugh Allen Clinic. That system does not have capacity to supply that fire flow north to the airport, so what’s required there is another supply trunk water main from Princess Street and Fifth Avenue, at the Fire Hall, all the way underneath Fifth Avenue to the booster station and then a significant upgrade of the booster station where you have pumps that can actually supply the required flows… an estimated cost of $1.3 million.”
He concluded, “We currently have approximately 5000 metres of what we call original core water main in the ground from the 1940’s. It’s 80 years old. It’s scheduled for replacement… If you look at past projects we’ve done, changing water main and sewer main together on a street, including the development of the surface works post excavation, on a low end scale we’re running about $600,000 a block. On a higher end scale, depending on the amount of surface works we’re looking to reinstate… you’re about a million dollars a block, a block being 180 metres.” 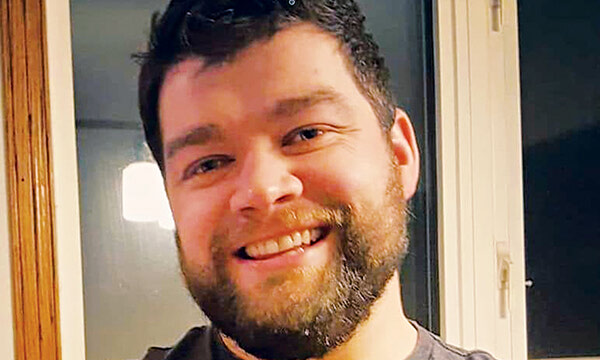 A group of young local leaders is calling on the Senate of Canada to vacate the seat of Senator Lynn Beyak of Dryden. Sioux Lookout Councillor Joe Cassidy is one of seven young regional councillors calling for Beyak s removal from the Red Chamber...