The Sioux North High School Warriors boys’ hockey team has returned from their trip to the OFSAA tournament in Kincardine, Ontario last week and, although they went 0-3 in tournament action, the team showed sportsmanship and determination every step of the way.

“Both games could’ve gone either way. I was really proud of our compete level. Other than the first goal in the first game, we played from behind and I felt our composure was good. We worked hard, but I just felt we maybe struggled finding our rhythm. When we did have opportunities, we ran into some good goaltending. In the same way, we had excellent goaltending the whole time too. Jaden (Marshall) played fantastic,” said head coach Karl Schulz.

“That (game three) was an early game for us. It was at eight o’clock in the morning, so we were leaving the hotel at just shortly after six… I can’t say enough about our third period in that game. A lot of teams would’ve packed it in and lost their composure, but our guys ramped it up. They wanted to prove something in the third period, and they did,” he continued.

Schulz shared that the competition level in the tournament is quite a step up from regular season league play, and it was a step up that the boys handled with heart and determination.

“Without a doubt it’s a step up. I thought we were more than ready and more than capable but, in tournaments like this, you need a little puck luck and you have to win those first few games. I was proud of them. I know me and the boys were a little disappointed in the results and people that are just watching the scoreboard may be disappointed in the results, but if you were there, and you saw it, we were right in those first two games and we were by no means outclassed…There was no quit in these guys,” he explained.

Schulz added that, at the beginning of the season, the team set a group goal of getting back to the OFSAA tournament, after beating Fort Frances for the NorWOSSA championship during last years’ season, and they did just that.

“Our first dry land training session I did interviews, with multiple questions, and a few of them were what are their personal goals and what are our team goals. Unanimously, the team goals were to make it to OFSAA. The fact that they learned to set a goal and they busted their asses to get there, they worked hard; it just reinforced the fact that you can do anything you want if you work hard enough,” he said.

Schulz, and the team, didn’t want to close out the season without mentioning their devoted fans and supporters back home in Sioux Lookout, who helped make it possible for the team to travel to the OFSAA tournament.

“We definitely have to thank the community for supporting our boys. It’s such an expensive trip and without the support of the community I don’t think a lot of these guys would’ve been able to have it. I know it’ll be with them for their lives, so it’s important that I thank everyone who bought a ticket and sponsored. It means a lot to the boys and it just shows what kind of community we are… The community support was fantastic all year and I think it played a big role in our success as well. I hope it continues and more kids want to be Warriors,” he concluded. 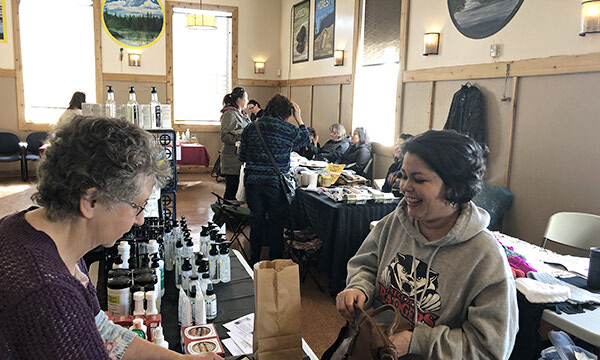