The Sioux North High School Warriors hosted the Dryden High School Eagles for girls’ and boys’ hockey matchups on Dec. 11.
The boys hit the ice first, which saw the Eagles earn a 5-1 victory.
In the girls’ game, the Warriors scored three-straight goals to erase a 2-0 deficit to shock the Eagles 3-2.
Haylee Bouchard had a three-point night with two goals and an assist, and Kennedy Rose put home the game-winning third period goal. 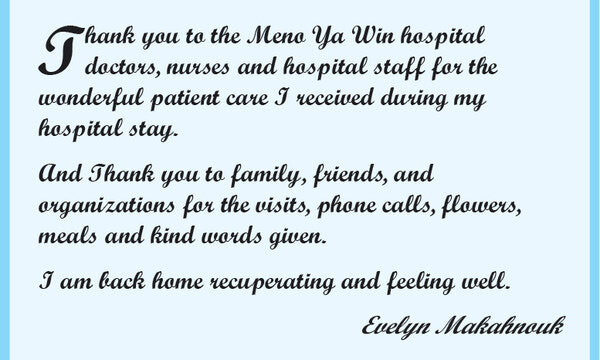 Memories and Celebrations of Life: Evelyn Makahnouk - Thank You

Thank you to the Meno Ya Win hospital doctors, nurses and hospital staff for the wonderful patient care I received during my hospital stay...