The Sioux Lookout Memorial Arena was packed with local and area support for the first home games of the boy’s and girl’s high school hockey seasons.
Sioux North High School’s (SNHS) boys’ and girls’ hockey teams hosted the Beaver Brae Secondary School Broncos on Nov. 21, which saw the Warriors win both games.
The girls’ team kicked off the doubleheader. The Warriors were able to get an early lead and hold off a surge from the Broncos to win the game 4-2.
Warriors girls hockey head coach Karl Schulz said he was proud to see the effort and determination the girls showed throughout the game.
“It feels really good. They’ve definitely come together over the last couple weeks. It’s been a lot of anticipation for this game and a lot of unknown too. We weren’t sure if we were going to be able to compete and how well we would compete, but they came out there and gave it to them. They played three hard periods, and I’m proud of them,” said Schulz.
Schulz said the team is comprised of a good mix of veterans who had a lot of ice time and experience during a rebuilding year last year as well as young girls who are showing a lot of enthusiasm early on.
“Our expectations are only to get better each and every game. We expect them to be Warriors, and the effort is key. Success is determined not necessarily by wins and losses, but definitely by our work ethic and how much we improve. We had excellent veterans come back and the young girls are super enthusiastic, so it’s a real good mix,” said Schulz.
“Warriors hockey and Sioux Lookout hockey means everything to me, so to see it grow means everything. Just the enthusiasm of these girls, they want this and they want to get better. It feels good to see them get rewarded for it,” he said.
The boys’ team took to the ice for the second half of the doubleheader, which saw them jump out to an early 3-0 lead. They were able to add a couple more goals and hold off the Broncos to earn a 5-2 win.
Warriors boys’ hockey head coach Austen Hoey said the coaching staff has been working on utilizing the quickness of the forward group to put pressure on opposing defenseman, which will lead to more scoring opportunities.
“We’ve been working since training camp on making sure we put pressure on the opposing teams’ defensemen. We found the strength of our team is we have a lot of quickness up in the forward core, and we found if we can put pressure on defensemen, regardless of how good they were, we are able to force turnovers. Our first two goals tonight were basically right off of turnovers, and that’s how we’re going to play moving forward. It was good to see that we were able to do that,” said Hoey.
The Municipality of Sioux Lookout declared a state of emergency on Nov. 13 to assist with the evacuation of Bearskin Lake First Nation due to a severe flooding threat. As of Nov. 18, Sioux Lookout has been hosting 184 evacuees from Bearskin Lake First Nation.
Some of the evacuees had a chance to take in the local high school hockey action and, following the boys’ game, families and children had a chance to tour the Warriors dressing room and meet the players.
“That was awesome. It’s such a bad situation that they’re going through right now, and it was great to just bring a bit of a good time in their lives by hosting them at the game here tonight,” said Hoey.
Hoey said back-to-back NorWOSSA Championships will be a tough act to follow this year. He said if the team, which is made up of a lot of youth, plays like they did against the Broncos, they should be able to be competitive all year.
“Following two acts like that and a guy like Karl (Schulz), who’s such a good coach and has been coaching in Sioux Lookout for so long, and to have the players that they had, it’s going to be a bit different. This team is certainly younger and certainly a lot more inexperienced. A lot of the players on this team have limited experience even playing with body checking, so it’s definitely a shock to them to even play in these tough games… We dressed a lot of guys tonight to kind of find that chemistry. If the boys keep playing like they did tonight, and limit the chances of the other team, I think we’ll be okay. Fort (Frances), from the looks of it, seems to be quite good this year, but they’re always good… That’s going to be a struggle, but I think there’s no reason why we can’t hang with any of the teams in the league if we play like we played tonight,” said Hoey. 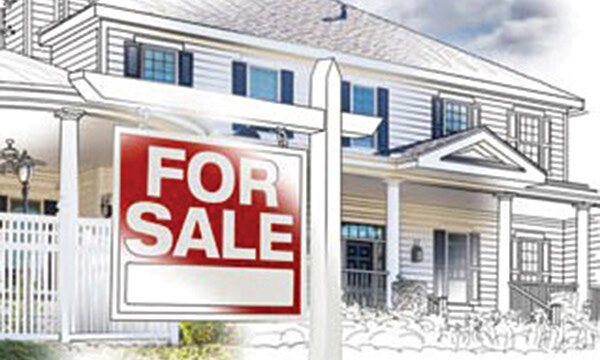 Hello all. As you might imagine some questions about real estate come up more often than others. If you re considering buying or selling your first home, you will be faced with a number of unfamiliar decisions.