The Sioux North Warriors Alumni Hockey Tournament was able to proceed in a somewhat scaled back format this year on Dec 30 at the Sioux Lookout Memorial Arena.

As Game Organizer and Sioux North High School boys hockey team Head Coach Austen Hoey explained prior to the day’s event, “I don’t think they (the holidays) could have lined up on worse dates for the alumni tournament this year. Normally we are blessed with having it either on a Saturday or a Sunday or a day that people could take off pretty easily but the fact that we have Christmas on a Saturday and Boxing Day on a Sunday, meaning Monday and Tuesday are statutory holidays, and then the following weekend has New Year’s Eve.” The confluence of holidays and statutory days in lieu of, meant organizers had to come up with a modified format that would allow as many current and past players to participate as possible. Hoey continued “This year we came to a happy medium of where rather than having a whole day thing where it’s difficult to take a whole day off, especially around the holidays, especially depending on when you took your days off, we decided that we would just try to have a big game to try and capture as many people as we could rather than trying to work around various schedules. Most people are able to take the night and come and play and we are pretty excited about that.”

Explaining the game’s format before the day of the tournament, Hoey stated, “The boy’s alumni game is going to be 8 (p.m.) until 10 (p.m.) with two 15-minute stop time periods, a flood, and then a twenty-minute stop time period for the third period. It’ll be comprised of a ‘young guns’ team comprised of all the current Warriors that come out and play along with guys who’ve recently graduated, some of whom have even played with current members of the team so that’ll be kind of fun for them, and then the other team will be all the more veteran type guys, the guys who have haven’t played on a team in a while but obviously still have that Warriors spirit.”

A girl’s game was scheduled but had to be canceled due to a lack of participants.

A last-minute decision on game day meant that veteran players and current players were combined to form two teams of mixed ages, one wearing the home jerseys as Team White, coached by Hoey, while the other wore the away jerseys, Team Black, led by assistant coach John Carnochan.

As Hoey went on to explain, the decision to mix the teams seemed the best way to format the game, stating “On paper the older team had a lot of guys who had gone on to play higher levels of hockey, so there were guys out there today who are currently playing Junior A now or even played Junior A last year, so the teams on paper looked a little bit lopsided in terms of what the scores were going to be so me and John had a draft, actually,  before the game tonight. It turned out really good because we had a really close game tonight. It worked out for everybody I think.”

The mixing of alumni with current Warriors led to some interesting teammates, including at least one father and son combination in the form of father Adam Lilly and son Braedyn, who both wound up on Team Black. While Adam expressed his enjoyment of the evening’s game, Braedyn wanted to point out that his dad was, in his words, “a little rusty.”

Some of the game’s highlights included Sean Cole’s three goals for Team White, while Chase Favot and Liam Goodfellow scored twice each for Team Black.

While the final score for the night was a close 8 - 7 in favor of Team White, Hoey was quick to point out that it really was just about getting out and having fun, adding “It was pretty fun. Obviously, things were different due to COVID, so it couldn’t be as big as we kind of wanted it to be. But guys came out and got to hang out with their friends, and their old teammates, and everyone had a good time.” 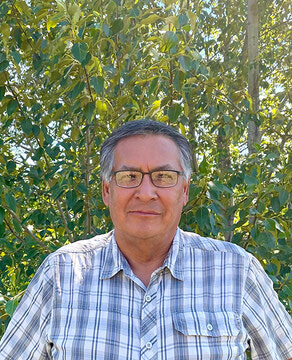 Federal funding of $1 million in 2021-2022 has been announced for Lac Seul First Nation, which, will engage with 33 affiliated northern Ontario communities to establish cultural and spiritual protocols in working with Survivors...