A highlight of the holiday season for many, the 2019 Warriors Alumni Tournament was held on Dec. 28 at the Sioux Lookout Memorial Arena.
Tournament coordinator Austen Hoey shared, “We had four teams. The current (Sioux North High School Warriors boys) team, with additions of a few guys who are high school age but play out of town, (Dylan Bertrand and Kalin Roy), the Young Guns, comprised mainly of players from the 2014-2019 teams, the Pros, comprised mainly of guys who played from, 2009-2014, and then the Vets, who were primarily guys who played in the early 2000s, with a few older exceptions.”
Hoey added, “The Pros were crowned champions. They defeated the Young Guns in the finals 7-4, but the whole day was really competitive. The first three games of the tournament featured all one goal games, with two of them going to overtime. It's also really nice to see the different styles come out and work their strengths. Maybe a team like the Young Guns plays a style that is little faster than a team like the Vets, but the Vets could hold their own simply by outsmarting them, making good passes, and seeing the ice so well, and things like that are what make this tournament so fun to play in and watch.”
Running for more than 20 years now, Hoey said a lot of people look forward to competing in the tournament each holiday season, “Around the holidays when lots of guys are back from school or where they live now is just a no brainer. Sioux Lookout is still a special place to a lot of guys, regardless of where they live now, or where their families are, and it's great that this tournament gets to act as a bit of a hub for that.”
Hoey shared following the event, “I thought the tournament went very well. Everyone seemed to really enjoy themselves, which is really the main goal, getting to relive those cherished memories with your teammates is something that is really hard to replicate and this tournament kind of allows you to do that. For a lot of guys the years playing on this team were some of the best years/moments of their life, so getting to share that again with guys who are in the same boat is huge. The tournament this year was also set up a bit differently, I formatted it so that it would culminate in an actual championship game, which I thought would kind of add a little bit to the tournament and make it so guys focused a little more on hockey… I'd just like to say thank you to the community for helping spread the word about the tournament and sharing it on social media, etc. They helped make this year’s Alumni one to be remembered!” 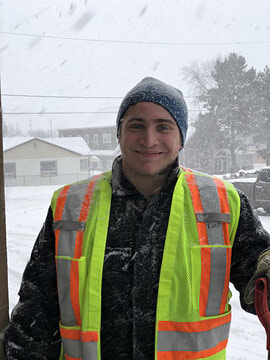 Question of the week: What are you looking forward to in 2020?