The Kenora District Services Board, through a resolution passed by its Board of Directors on May 28, “has respectfully requested Senator Lynn Beyak to act honorably and in the interest of the people and step down from her role as Senator.”
In a news release the KDSB stated that, “In 2016, the Kenora District Services Board (KDSB) Board passed a resolution accepting the calls to actions of the Truth and Reconciliation Commission; the resolution in part called for “playing our part in the advocacy efforts of others”. The resolution also specifically noted that for reconciliation to happen “there has to be awareness of the past, acknowledgement of the harm that has been inflicted, atonement for the causes, and action to change behaviour.”
The KDSB Board of Directors passed a resolution at a special meeting on May 28, “to elevate awareness regarding the harm, devastation and continued impacts that the Indian Residential School legacy is having on communities and Indigenous peoples.
“The resolution was brought forward in response to the challenging public discussions taking place as a result of the words and actions of a Canadian Senator.”
“We acknowledge that this is a unique situation and unprecedented for the District Services Board to provide such a resolution. We believe it is important for our community leaders, Nishnawbe Aski Nation (NAN) Grand Chief Alvin Fiddler and Grand Council Treaty #3 (GCT#3) Ogichidaa Francis Kavanaugh to know that we stand with them in their fight against racism and bigotry,” stated Barry Baltessen, Board Chair of the KDSB. He added, “There is a reason our region has such high rates of homelessness, poverty and poor health. There is a reason that our youth experience such high rates of addictions and suicides. These rates will continue if our governments and community leaders do not address the impacts of Colonialism.”
The Kenora District Services Board provides social housing, land ambulance, and children’s programing to the communities of Dryden, Kenora, Pickle Lake, Sioux Lookout, Machin, Ignace, Ear Falls, Red Lake, Sioux Narrows/Nestor Falls and Unincorporated Areas DoKURA. 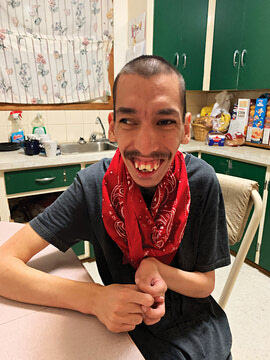