The uncertainty surrounding the future of childcare in Sioux Lookout continues.

One such parent is Stacey George, for whom, like many, childcare isn’t just a convenience, it’s a necessity. When the Municipality issued a media release on Feb. 3 laying out its intention to stop providing childcare services after March 31, George, like many other parents who rely on childcare services, felt blindsided, but she also wanted to find out more about the issue.  As George explained, “With my own son being registered at Biidaaban, he’s two and just started there at the end of August 2021… I need full-time childcare for the next two years before he even gets into Kindergarten. Even then, we haven’t had after school programs or before school programs for a while. With my spouse working for CN, I can’t hold another job. We’d have to go to a one income family, and then we’d have to start looking at our own personal lives, can we afford our house? Can we afford our vehicles? Can we even afford to stay in Sioux Lookout? I’ve had parents who have told me flat out ‘we can’t even stay in Sioux Lookout, if this happens… if there’s any disruption we’ll be gone’.”

George started to reach out to the different parties involved, including Sarah Stevenson, KDSB Director, stating, “The day after the notice came out about the town closing the daycares, I spoke to Stevenson, and she couldn’t give me any clear plan. All she could say was it was their top priority. Telling me it’s your top priority isn’t really going to reassure me; I need to know what’s actually going to happen. I want to hear a plan. The parents now, we are all so lost right now, we don’t know where to put our support, we don’t know really who to hold accountable. The process wasn’t transparent enough.”

George continued, “Lots of people have messaged me with their concerns. They send me questions they have because they know that I’m kind of the middleman in trying to get those questions answered and voice the hesitancy of parents that don’t want to come forward themselves. I feel like I’m not getting enough information anywhere.”

In a media release issued on Feb. 16, KDSB stated “On April 1, 2022, the KDSB would like to see the programs reopen at Sioux Mountain Public School and Sacred Heart School to ensure that support to the communities’ children and families continues to be provided. The KDSB continues to be open and willing to find the best solution moving forward, and is willing to speak with all the stakeholders, staff, affected unions and, most importantly, the families. The KDSB believes the most important item is to ensure that children and their families have access to childcare in their community.”

Speaking on behalf of CUPE Local 2141, which represents municipal childcare staff, Vice-President Kristin Wray explained, “The simplest way to ensure a seamless transition would have been to include us in the conversation regarding the transfers. And that never happened. The parents were never involved in a conversation regarding the transfer. The workers were never involved in a conversation regarding a transfer. That’s what needs to happen.” Wray continued, “At this point, KDSB has made an announcement that they would like to see childcare reopen April 1st in the spaces that Biidaaban and Sioux Mountain Children’s Centres currently hold. However, neither workers nor parents have been given a clear answer on what workers they plan on using to run those programs.”

Wray is encouraging concerned individuals to visit https://cupe.ca/save-sioux-child-care and sign a letter to Mayor and Council, asking them to, “reverse their decision to close Biidaaban Children’s Centre and Sioux Mountain Children’s Centre.” 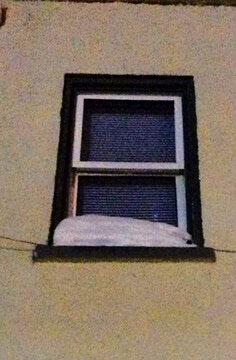 Hal used to view the world and pitch stale bread to the ravens out of this window...