There to support the Traditional Selection Process was Two Spirited elder Gayle Pruden along with community Elders Kathy Fobister and Archie Hyacinthe. The Grassy Narrows Women’s Drum Group also provided support for the event, which also set a precedent of a women’s drum group inaugurating the council.

“This is a beautiful day for the selection of council members to be chosen to sit on the first ever LGBTQ2S panel,” commented Chief Randy Fobister of Grassy Narrows. “Representation in all areas is very important in governance structure. All voices must be heard and everyone needs to be respected and recognized.  On behalf of the community of Grassy Narrows, we are very honoured to host the first selection of council members to represent the LGBTQ2S community. This is a historical event in Treaty 3 Territory.”

Ogichidaa (Grand Chief) Francis Kavanaugh added, “I am so proud of what our people accomplished by coming together here to select this council. It was amazing to see the unanimous support from our leadership last September to create this council. It was made clear to me that some people do not find themselves within the category of elder, youth, women, or men that are represented by the other councils. As Ogichidaa of the Anishinaabe Nation in Treaty #3 I have always felt it was my duty to make sure every citizen of the nation has a place in our discussions. I look forward to learning more from the advice this council will provide to our leadership.”

As Davis explained, it wasn’t necessarily an easy decision to accept the nomination to the council, but in the end, Davis decided it was the right one, stating, “I knew that this council was going to come, and I had multiple people tell me to nominate myself. I went there and met the other council members; they were amazing people. It just kind of fell into place for me through work. It was kind of a struggle to give myself permission to be on the council, but it worked out. A lot of people know my name, know who I am. Know that I’m a huge advocate and activist.” Although this new council is in its very early days, Davis hopes its formation encourages others to step forward to participate down the road. “We haven’t officially met to discuss what we are planning as our main goal, it’s a very new council and my first time doing anything political, but for me I really want to work towards empowering our youth, having our representation out there, not just in this council but in the woman’s council, the men’s council, the youth council, everywhere. Because it’s a new council we had people who weren’t outgoing enough to try this new thing but my goal for the next one is to have more, for them to see what we do.”

McKiver also expressed the hope that the formation of this new council will give voice to a community that has far too often felt marginalized, stating, “I’m looking forward to building a relationship with my other council members in terms of their individual experiences, and in terms of what our goals are going to be. For me it’s a really important step as many different 2-spirit community members speak of feeling not fully valued, like they don’t really understand their place in our culture. Part of our work is reaffirming that space, because it’s always existed, but since residential school it’s been really damaged, so it’s primarily reclaiming our place in that circle and building a better environment of support.” McKiver added, “I was really encouraged to see Treaty #3 take this initiative. Treaty #3 is the first Indigenous governance or treaty body in the country to do so, and to recognize 2-spirit leadership in a more formal capacity in traditional governance. For me it’s something I’ve taken a great interest in.” 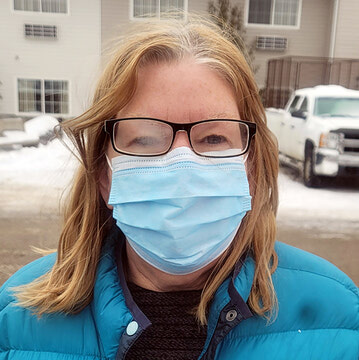 Question of the week: What are you most looking forward to this winter?