Training Camp and the Dawn of a New Season

This season of Sioux North High School Boys Warriors Hockey, I decided that it would be a good idea to give the community that supports this team on a yearly basis a bird’s eye view of the goings on with the hockey club, and that’s how This Week’s Warriors was born, from player interviews, game recaps, to everything in between, This Week’s Warriors will give you all of the Warriors info you need while you wait for the next game!
For the first edition of “This Week’s Warriors” we are going to recap this year’s training camp and team selection process.
Training Camp started September 17th, with 47 hopeful players vying for a spot on the squad. With only a handful of returning veterans, this year’s team was sure to have a fresh look. The first day of camp saw lots of nervous expressions and blank stares but many hoping they would soon become the face of this storied team.
The real test for the hopefuls came on the 19th, when the first Green vs White game took place. The pace was high, but the play was relatively sloppy, with few real stand-outs. Obviously there were a few exceptions, 2018/2019 Team MVP Ben Lavoie looked to be a step above the field, generating scoring chances, and controlling the play for long stretches. Veteran Brett Mckay, laid the body early and often, sending a wake-up call to anyone who thought this was going to be an easy week. But, the real stand-out from the first Green vs White game was freshman Wyatt Mckay, whose speed and skill helped him score two goals in a winning effort for Team Green.
Sunday, September 22nd played host to the second inter-squad game, and it was a lot of the same. Team Green dominating from the drop of the puck, easily picking up a 6-2 win. Green handily won the time of possession battle, helped in large part by the chemistry developed by veteran Colin Davis and newcomer Aiden Chikane.
Tuesday was the players’ last chance to leave an impression, and the intensity level was high, hard checks, fast feet, and big goals were the theme of the last inter-squad game, with three possibly four roster spots still up for grabs; the players on the bubble had to make it count, and for the few that did, a locker in the Warriors dressing room would be theirs. Of the bubble players to step up, Marcus Bighead came in clutch and had his best game of the camp securing himself a place on the big club, as did freshman Chase Favot, who, even with his relatively small stature, relied on his positioning and quick, smart decision making to guarantee himself a spot on the roster for opening night.
So from 47, the group was cut to 28; 20 active roster players and eight practice players. But the work isn’t done yet. With a pre-season series on November 2nd vs the Red Lake Rams in Lac Seul, myself and the coaching staff still have some tough decisions to make before we suit up for real on November 10th in Cochenour. 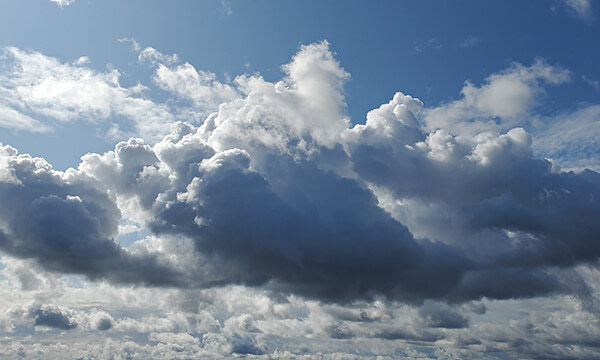 Dick’s Hideaway: The moodiness of clouds

Clouds ski overhead, art in the sky, a daily enchantment. The most flamboyant are orange and pink, tinged with subtle blue, a calm influence at day s end.