Tips for gardening in Sioux Lookout

Gradually entering into the gardening season, now may be a good time to plan and prepare, say two local gardening enthusiasts.

Sioux Lookout resident and a microgreens entrepreneur, Tyler Bernier, with over 10 years of gardening experience, said, “We have a very short window in Sioux Lookout. We only have about a 100 days, and that, give or take, depending on the weather, obviously. Like this year, two weeks ago it was gorgeous, the snow had all melted, people were getting excited about gardening, and then boom! We look at last week and we got snow and freezing (temperatures). We have a very short window in growing here in Sioux Lookout. But I find that if you can plan it out properly, you can really get in a good successful season here.”

“One way to get a head start is to start the seeds in the house. Buy your seeds now and start them soon. Put them in a sunny window or something, and then when the time comes, all you’ve got to do is transplant them outside. They are already growing and they get an extra little bit of time to grow and produce fruits, so that’s a good thing to do. And I’m sure, a few stores around town probably have seeds,” said Ruth Coughlin, a Sioux Lookout resident and passionate gardener for over 35 years.

Bernier said that he usually advises people to not rush into planting ahead of time. He said, “Don’t try to do anything too early because basically it’s a waste unless you have those season extension strategies…like hoop houses, or heated greenhouse, or something like that.”

Coughlin said that several people start their sowing in containers, which is a great start, especially for vegetables. She added that planting in pots and raised beds is another good option, “so you are not waiting till June for your soil to be warm enough to plant things.” Coughlin shared that for early plantation, people could also vigilantly make use of plastic or tarps to protect their plantation from the harsher weather. She added that, typically, it is not advisable to plant most things outside until about the first week in June, unless one is prepared to take extra care.

Coughlin advises people to read seed packages that share useful information such as the crop maturity time and best time to seed, with other guidelines. Given the short gardening season in the area, Coughlin said that anything that takes about 120 days or less to grow would be ideal. She said that some of the easy grows would include tomatoes, peppers, broccoli, Brussels sprouts and cold season crops like peas, lettuce, kale, blueberries, raspberries, and strawberries, among others.

Bernier said that he believes gardening is a great way to solidify community and local agriculture. “More and more people that are growing small gardens in their backyard is actually beneficial for the environment because soil’s ecosystem actually sequester carbon from the atmosphere. It’s actually very beneficial for anybody to just have a small garden in their backyard. We want to try to solidify that in this town, and try to become more sustainable locally, rather than having to rely on the commercial food system…and try to keep our food and our economy here.”

“I think there’s a lot more gardening happening because of COVID,” said Coughlin. “It’s something to do. It gets you outside. It’s good for the environment. You can grow pretty much your vegetables, so it saves on the grocery roll. I mean there are lots of advantages. So, lots and lots of people are into gardening now that weren’t before,” she added.

Coughlin, who has also been a long-time member of the now dissolved Sioux Lookout Horticultural Society, shared that people could also converse and ask questions to other local gardeners through the Sioux Lookout Gardening Enthusiasts Facebook page, originally created as part of the local horticulture society. With over 300 members, she said it is a great place for information, to trade plants and seeds, or for any queries. 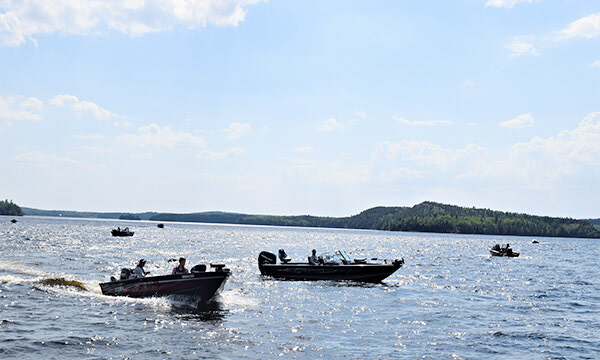 Vehicle maintenance for a safer spring

Vehicle maintenance is vital for the safety of individuals and their families, as well as a good investment for the vehicle, which goes a long way in keeping it up and running...