This winter has brought relatively warm temperatures to the Sioux Lookout area, marking this past January as the third warmest recorded since 1939. Warning Preparedness Meteorologist with Environment Canada, Gerald Cheng said last week, “Winter took a break in January. But it is coming back in full force, and so expect winter to be back and expect colder temperatures, even colder than normal temperatures.”

Cheng said that Sioux Lookout’s mean temperature for this past January was –10.9°C, compared with a historical January daily average mean temperature of –17.4°C. Temperatures for the month of January ranged from 0.8°C to –34.3°C, with 10.7 millimeters of total precipitation.

With extremely cold temperatures in the forecast for this week, Cheng shared, “We really have to wait until Valentine’s Day, or after, for those temperatures to reach seasonal normal.” 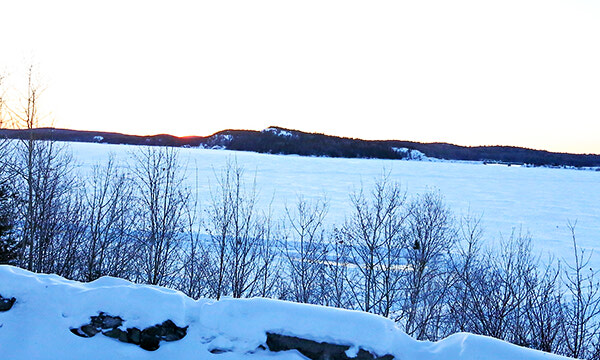 This past weekend was chilly in the Sioux Lookout area with temperatures plunging lower than -30 C at times. Shannon Brody (pictured) and others who bundled up to go for a walk on the weekend were treated to a winter wonderland ripe for discovery.