Supreme Court rules in favor of LSFN on flooding compensation

The ruling in the Southwind v. Canada case was made on July 16.

“Today is a historic day for Lac Seul and we are all extremely elated at the Supreme Court 8-1 decision to grant a landmark precedent setting ruling in favour of our community,” shared Lac Seul First Nation Chief Clifford Bull.

Part of LSFN’s reserve land was flooded for a hydroelectricity project that began in the 1920s.

The Supreme Court of Canada’s brief on the case states that, “The project involved the governments of Canada, Manitoba and Ontario. The project went ahead without the consent of the LSFN and without compensation. The flooding caused major damage.”

The Supreme Court brief goes on to explain, “Years later, the LSFN brought a claim for that damage. The Federal Court ordered the government of Canada to pay the LSFN $30 million in compensation. The judge considered the value of the land in the 1920s but without the added value for the hydroelectricity project.

“But the Supreme Court of Canada agreed. It said $30 million did not sufficiently compensate the LSFN. It therefore allowed the appeal.”

The case has been ordered to be sent back to the Federal Court to reassess the amount of compensation for LSFN. 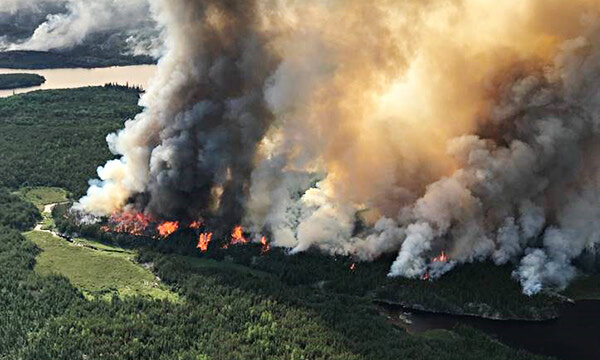 As of last Sunday evening, the province s Aviation, Forest Fire and Emergency Services (AFFES) reported there were 101 active fires in the northwest region...