“Today, we see five very important changes to the federal cabinet. Perhaps, most importantly for Northerners, there has been the creation of a new ministry for Rural Economic Development, headed by the Hon. Bernadette Jordan. The mandate for this new ministry includes the development of a strategy to spur economic growth and create jobs in rural Canada. She will also take action to bring high-speed internet to more rural households and businesses, and work with municipalities, provinces, territories, and Indigenous partners to meet the unique and diverse infrastructure needs of rural communities.

“The Hon. Seamus O’Regan will take over as Minister of Indigenous Services Canada, a position previously held by Hon. Jane Philpott. I would like to extend my sincere thanks to Minister Philpott for her dedication to Indigenous peoples, and I very much look forward to continuing the same relationship with Minister O’Regan.”

“I would also like to thank Hon. Scott Brison for his hard work and devotion as President of the Treasury Board. You have served Canadians and your constituents well, and I wish you and your family all the best.”

The Cabinet changes announced by the Prime Minister, Justin Trudeau today include:

David Lametti, currently Parliamentary Secretary to the Minister of Innovation, Science and Economic Development, becomes Minister of Justice and Attorney General of Canada. 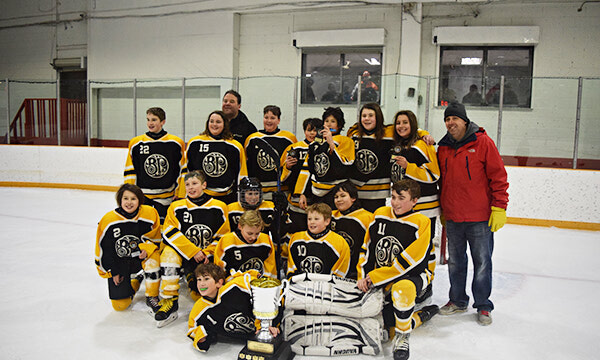 This weekend we had an 11 team tournament. This is the largest tournament that the Sioux Lookout Minor Hockey Association has hosted in a quite some time. Our teams, the Wolverines and the Storm, were joined by the Kenora Kubotas, the Kenora MCL...