This year’s annual Snowarama for Easter Seals Kids was held on Jan. 29 for the Sioux Lookout, Hudson, and Red Lake area. The annual fundraiser supports children and youth with physical disabilities.

As Event Coordinator Mike Starratt explained before the ride, the premise is pretty straight forward, despite some changes in format this year.

“What goes on is you gather up some pledge forms, I have them at various locations around town. Then you go out and hit up your family or coworkers to raise the money, it’s a fundraiser is what it is, then you get the pledges, and then you just end up doing the ride. Unfortunately, with the lockdown… I can’t do a group ride this year. So, we’re just going with the punches this year. You can do the Hudson/Sioux Loop. You go on your own. You can register at the clubhouse and drop your pledge money off there, then do the ride. I will have a fire set up between Hudson and Sioux Lookout at a place on Italian Bay on Lac Seul, it’s called Birthday Island, and we’ll have hot dogs and a fire for people to stop by and warm up or have a dog. Its basically a go on your own event this year, where it used to be a group ride event where there was sort of a destination at the end, something of interest. It’s just a ride on your own on the Hudson/Sioux Loop.”

Past years have seen the club attract up to 50 riders. Starratt continued, “Our longest ride we’ve ever done was to Dryden. In the end, its 220 km when all is said and done, probably making it the longest Snowarama route in Ontario. But that doesn’t happen every year. We always change it up. We’ve gone to Kejick Bay, Lac Seul, ...we try to have it be something new. Its more of an incentive to go out and raise money.”

Reached after the event, Starratt shared that this year’s ride attracted 25 local riders and raised $7345. Starratt added, “I would like to thank all our sponsors, participants, and all those who donated to Snowarama!” 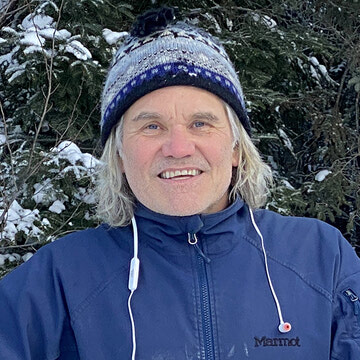 Question of the week: Today is Groundhog Day. Will we see an early spring or a longer winter?