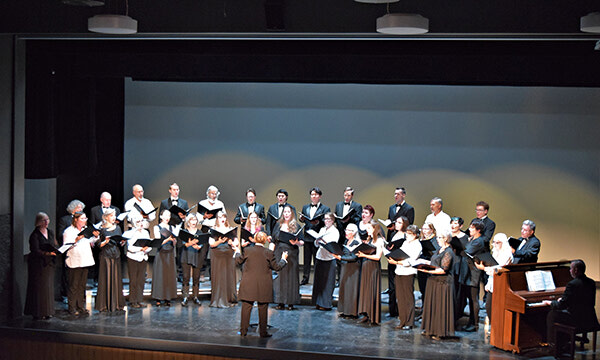 Members of various Sioux Lookout church choirs and the Sioux Lookout Community Choir had the opportunity to sing alongside the Elmer Iseler Singers during their Sioux-Hudson Entertainment Series performance on Nov. 8.