Taking place on the MAPB lakes (Minnitaki, Abram, Pelican and Botsford) each two-person team was able to submit four fish to be weighed. Teams consisted of a youth aged 17 or under, accompanied by an adult.

Netting first place was the team of Hunter Atwood and Travis Tourand.

Finishing second was the team of AJ Egerter and Andrew Simpson.

The team of Kendall Egerter and BJ Egerter finished third.

Fourth place went to the team of Remington Lilly and Andrew Lilly, while Rider Lilly and Jimmy Derose finished fifth.

Atwood and Tourand had the big fish for the tournament, weighing five pounds, 12 ounces.

SLAH vice-president BJ Egerter shared, “We had five teams that did make it. We had eight registered, but with weather and everything else, we ended up with five on the water this year.”

Asked about running the tournament this year after having to take the year off in 2020 due to COVID-19 public health restrictions, Egerter said, “When I did become vice-president, as COVID was letting up we wanted to get out and do some events and so we decided let’s go with the Junior Walleye. I know a lot of people are still uneasy about coming out to events, so that’s why we figure we had low numbers this year, but next year will be bigger and better.”

Commenting on this year’s event he said, “It went fairly well. Everybody got done early, everybody caught fish, and everybody said they had a good time, so even though the weather was a little bit miserable first thing this morning, it was good.”

Even though they had to fish in the rain during part of the tournament (the weather cleared midway through the morning), participants said it didn’t dampen their spirits.

Rider Lilly, 12, said it was a fun tournament and the fishing was good.

Hunter Atwood, 13, agreed the tournament was a lot of fun.

Kendall Egerter, 11, said the tournament was amazing and she was ecstatic to finish in third place.

AJ Egerter, 7, shared, “It was fun. We followed my dad out to his fishing spot.” Egerter caught three of the four fish his team submitted and said it was amazing to finish in second place. 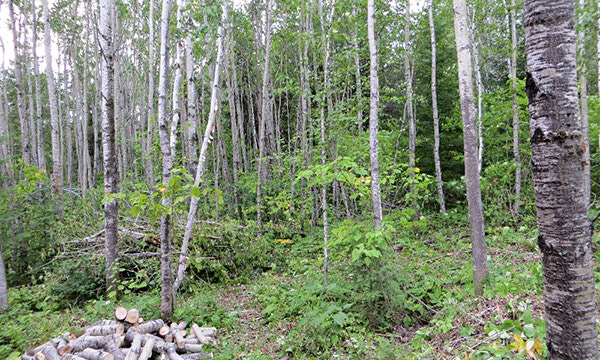 As I cleared brush with my chainsaw during the weekend I found myself thinking, as I admired my work, that I was really giving er tar. Getting lots done. Carving out a swath of forest to create a small yard in back of the cabin...